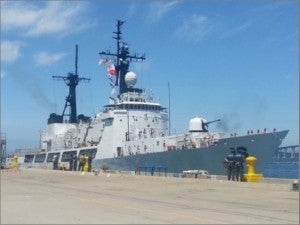 MANILA, Philippines—The Aquino administration has spent a total of P41.2 billion for the military’s modernization since 2010, the defense department said on Tuesday.

“We are steadily addressing our Armed Forces’ capability upgrade. Our bids and awards committees at the DND (Department of National Defense) are doing their best to fast-track our acquisitions, while fully adhering to the established rules and procedures set by law,” Defense Secretary Voltaire Gazmin said in a press statement.

The capability upgrade of the Armed Forces of the Philippines is one of the centerpiece programs of President Aquino, whose six-year term will expire in 2016.

The new regional security landscape is forcing the government to improve the country’s military’s capability.

China’s increasing belligerence over territorial rows in the West Philippine Sea has heightened the need to modernize the military to allow the Philippine Air Force and the Philippine Navy to guard the national territory, officials said.

The defense department said 16 projects for the Navy were completed in the first three years of the Aquino administration, amounting to P5.3 billion.

Of the figure, P1.34 billion was spent for three Navy helicopters and Navy warships, the BRP Gregorio del Pilar (PF 15) and the BRP Ramon Alcaraz (PF 16). The warships, former US Coast Guard cutters, are expected to patrol the West Philippine Sea.

The Navy is still expecting the delivery of P6.4 billion worth of strategic vessels, additional naval helicopters and amphibious vehicles.

In the pipeline for the Air Force are P5.6 billion worth of projects, including the acquisition of light-lift aircraft and attack helicopters to be delivered between 2014 and 2016.

Another 21 helicopters will be delivered in the first semester of this year, the defense department said.

A total of P130.9 million was spent for the acquisition of materials for the bullet assembly machine of the government arsenal in Bataan. To be delivered this year are equipment for the manufacture of ammunition worth P335 million.

The defense department said the revised AFP modernization program for 2013 to 2017 has an P85.3-billion budget.

Read Next
Aquino: We govern based on facts, not on surveys
EDITORS' PICK
‘FPJ’s Ang Probinsyano’ officially ends after nearly 7 years
Red-tagged green activist recalls imprisonment
House energy committee chair Arroyo bats for cheap electricity
Authors unbowed after gov’t ‘purge’ of books
Powered by style, innovation and passion
A laptop that maximizes your WiFi so you can maximize your productivity
MOST READ
Arjo Atayde reveals proposal to Maine Mendoza was ‘more than a year’ in the making
‘FPJ’s Ang Probinsyano’ officially ends after nearly 7 years
Man, girlfriend found dead in Leyte river
Actor Anne Heche ‘brain dead’ after crash – US media
Don't miss out on the latest news and information.