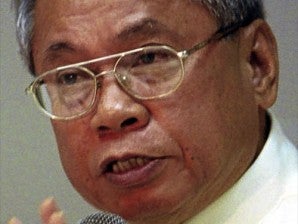 MANILA, Philippines — The Catholic Bishops Conference of the Philippines and other church leaders expressed elation Monday over the elevation of  Cotabato Archbishop Orlando Quevedo to the College of Cardinals, saying it was proof of the growing strength of the Catholic faith in the southern Philippines.

“The CBCP is elated to receive the news. Cardinal-elect Quevedo… is known in the CBCP for his mental clarity and intellectual brilliance. He is an archbishop who is truly passionate for the formation of basic ecclesial communities,” Lingayen-Dagupan Archbishop Socrates Villegas, president of the CBCP, said in a statement on Monday.

A senior member  of the Catholic hierarchy in the Philippines, Quevedo, a member of the order Oblates of Mary Immaculate, has been “a pastor from north in Ilocos Sur and down south in Cotabato.”

“He is an intellectual giant with a very simple lifestyle and very warm fraternal manners. He is a blessing for the Church,” Villegas said.

According to the CBCP, Quevedo, as a member of the College of Cardinals, will be able to assist Pope Francis in reaching out to the marginalized in Mindanao, the only region in the Philippines with a significantly large Muslim population.

In a statement, Manila Archibishop Luis Antonio Cardinal Tagle, also a member of the College of Cardinals, called the appointment a “blessing” to the whole Catholic Church.

“The Church in the Philippines and Asia has been greatly blessed these past decades by the service and leadership of Archbishop Quevedo. Now this blessing extends to the whole Church,” Tagle said.