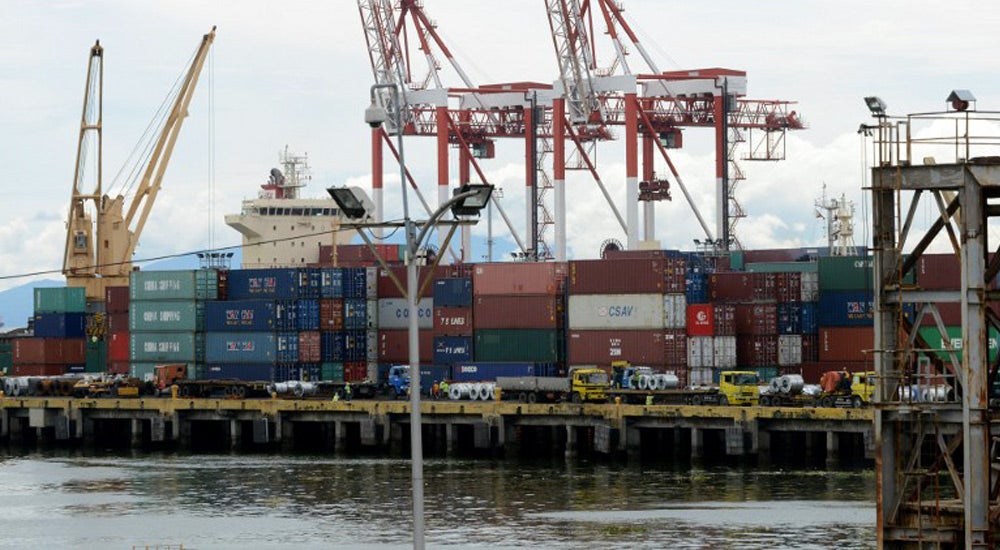 From 2002 to 2011, the government lost more than P1.33 trillion in revenue due to smuggling through the country’s ports, according to the Federation of Philippine Industries. Smugglers employed the “same old modus operandi,” or the undervaluation, misdeclaration, misclassification and diversion of shipments. AFP photo

From 2002 to 2011, the government lost more than P1.33 trillion in revenue due to smuggling through the country’s ports, according to the Federation of Philippine Industries (FPI).

The FPI arrived at those figures by finding the “disparities in import data” from the Bureau of Customs (BOC) and the International Monetary Fund (IMF).

During the 2002-2008 period alone, the IMF reported more than $284 billion in total exports to the Philippines, while BOC records showed only $195.01 billion in the same period, a disparity of $88.9 billion.

“The huge discrepancy is most likely due to smuggling,” the FPI said.

In 2010 and 2011, “data from foreign exporters said goods shipped to the Philippines amounted to more than $70.5 billion and $78.4 billion, respectively,” the group said.

According to the FPI, smugglers employed the “same old modus operandi,” or the undervaluation, misdeclaration, misclassification and diversion of shipments.

Lost revenue due to “outright smuggling,” or operations that take place in isolated parts of the country and do not involve import documents, were not covered by the FPI study.

Arranza said, however, that both technical and outright smuggling “have robbed the government of much-needed revenues.”

He said the smugglers also “created unfair competition to local manufacturers, resulting in decreased capacity utilization, as well as the downsizing, if not closure, of many firms leading to unemployment and dislocation of laborers.”

Smuggling also “discourages foreign investors” from setting up operations in the Philippines “once they realize their products are already sold freely in the domestic market,” Arranza said.

The FPI study cited, among other cases of undervaluation of imported goods, the case of the consignee of a May 2006 shipment of steel bars.

“In its import declaration, the company declared 3,000 metric tons of ‘round bars’ with a value of $230 per MT, or a tariff rate of

1 percent. After the FPI tipped off Customs that half of the items was able to skip the bureau premises, it was only then the BOC issued an alert order and the subsequent seizure of the imported goods. It turned out the shipment consisted of 3,009.3 MT of deformed steel bars, which were subject to checks under the Mandatory Product Standards,” the FPI said.

“Also, the prevailing price of the item was $425.7 per MT with a corresponding tariff rate of 7 percent, not 1 percent,” the group said.

Another case involved the supposed consignee of two containers of used clothing that arrived at Subic Bay Freeport in Zambales province on April 23, 2006.

“The shipment was found to have not only undervalued but also misdeclared its weight because there was an excess of 31,270 kilograms over the declared 20,000 kg, or a discrepancy of 61.33 percent … On paper, the shipment’s ultimate consignee … would subsequently reexport the items when in reality, the unrecorded volume of goods would find its way to the local market. This would explain the various apprehensions of used clothing being whisked out in closed vans from the warehouses in Subic,” the FPI said.

One of the cases of misdeclaration of imports involved a trading company that on Aug. 19, 2007, declared a shipment of hand tools from China.

But the shipment turned out to be onions, one of the regulated agricultural products in the Philippines, the report said.

According to the FPI, the BOC’s X-ray machines failed to detect the smuggling attempt. It was the FPI that tipped the bureau off to the irregularity.

“Those cited in the study are actual cases backed by official documents,” Arranza said.

In its report, the FPI made several recommendations to the BOC to help stop smuggling.

The group recommended, among other remedies, classifying smuggling as an act of plunder with penalties based on the cumulative evaded duties and taxes; disallowing free ports and economic zones as ports of entry for imports; destruction of smuggled goods, except some items that can be donated to concerned government agencies (like the Department of Social Welfare and Development) and charity organizations; and the designation of special courts to handle smuggling cases.

The FPI had recommended the same measures to previous administrations. But “not a single recommendation has been adopted by the Bureau of Customs,” Arranza said.

On Nov. 19, 2010, the association entered into an agreement with the BOC for an “exchange of nonclassified information” and for the FPI to be allowed to “identify import transactions detrimental to domestic industries.”

The agreement also authorized the FPI to “assist the BOC in the physical and documentary inspection of all imported goods covered by the bureau’s Mandatory Product Standards Certification.”

It also required the BOC to “release only those shipments that are in compliance with the rules and regulations of the Philippine National Standards, and in the case of agricultural products, those that have been issued release orders by the corresponding government agencies.”

The FPI was also required to provide the customs bureau with “qualified industry technical experts to monitor the shipment of imported goods.”

“These three are equally important. We want to move forward on all these three,” Sevilla told the Inquirer in a recent interview.

Asked about the BOC’s game plan, Sevilla stressed the need to “maximize the use of technology, or the mechanization of everything that can be mechanized; improve the internal systems that will reduce the scope of graft and inefficiency, which I realize come hand in hand, and the more inefficient your processes are the more prone they will be to corruption.”

“Right now, I’m seeing little details and very clearly, I can see that we will succeed or fail based on these little details. It’s the sum of small things rather than the big thing,” he said.

On the reported undervaluation of imported goods, Sevilla said “the way to address the problem systematically is to have good quality valuation data.”

“Do I wish that I could snap my fingers and have that today? Yes. Do I have it? No. So we’ll build it and we’ll build it progressively, focusing on the most important commodities,” he said.

On misdeclared goods, Sevilla said he had ordered assessors to be “very strict about imports declared as general goods.”

“We’ll make sure these directives are being strictly followed,” he said.

Asked about the operations of big-time smugglers, Sevilla observed, “Now you have three high-profile people with nicknames,” referring to the traders called “Ma’am Tina,” “Big Mama” and “Mr. T” by BOC insiders.

“But are they the only ones? We’re talking of an entire ecosystem here… I’m trying to understand how it works, not from the point of view of three individuals but from how the system works,” he said.

Earlier, Sevilla’s predecessor, Ruffy Biazon, said that “the problem of smuggling is not one that just cropped up” during his tenure “nor the Aquino administration.”

“It is a problem that hounds every customs administration not just in the Philippines but around the world. Even the most technologically advanced customs agencies face the same problem. The only difference is the magnitude of the problem and the dynamics of the system prevailing in each country,” Biazon said.

“Reform[s] will contribute greatly to the antismuggling efforts of the bureau,” Biazon said, adding “while the basics still remain the same, these institutional reforms will change the environment [at] Customs and make it difficult for the [culture of corruption] to continue.”