NEW YORK – New York Governor Andrew Cuomo announced Wednesday he will authorize the medical use of marijuana, making his the 21st US state to do so and one of the biggest. 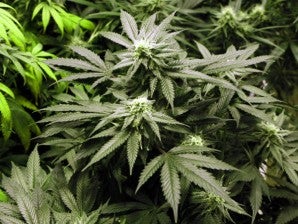 This Nov. 8, 2012 file photo shows marijuana plants flourishing under the lights at a grow house in Denver. AP FILE PHOTO

Cuomo, a Democrat who has in the past opposed such a measure, announced a limited pilot program to serve the state of 19.5 million people.

“We will establish a program allowing up to 20 hospitals to prescribe medical marijuana,” he said during his annual state of the state speech in Albany.

Cuomo argued that research has suggested marijuana, which is widely but illegally used for recreational purposes, can help patients “manage the pain and treatment of cancer and other serious illnesses.”

“We will monitor the program to evaluate effectiveness in the feasibility of (a) medical marijuana system,” he added.

Cuomo, 56, who last year described his support for decriminalizing the possession of up to 15 grams of the drug, is likely to proceed by decree, after four previous attempts to legalize medical marijuana failed to get traction among the state’s lawmakers.

The announcement comes as part of a growing movement to relax US laws on marijuana.

According to an October 2013 Gallup poll, 58 percent of Americans favor legalizing marijuana.

Including New York, the drug will soon be allowed for medical reasons to various degrees in 21 of 50 states and in the capital Washington.

The first state to legalize medical marijuana was California, in 1996. A prescription can be obtained there for conditions as minor as a bad back.

In Massachusetts, where the drug was legalized by referendum in November 2013, patients can possess “no more marijuana than is necessary for the patient’s personal, medical use” for up to a 60-day supply, to ease suffering from cancer, glaucoma, HIV or AIDS, Hepatitis C, Parkinson’s disease and other serious conditions.

Oregon authorizes 680 grams, including for people who suffer from post-traumatic stress disorder.

Colorado has gone even further. Since January 1, recreational users older than 21 can legally buy up to 28 grams of cannabis for their own enjoyment regardless of their medical status.

The state of Washington took a similar measure, set to take effect in the coming months.

Authorities in both states oversee the production, distribution and marketing of cannabis there.

At the federal level, the sale and possession of marijuana remains illegal. But in October 2009, the White House sent a memo urging federal prosecutors not to pursue cases against people distributing the drug for therapeutic purposes.

Cuomo, who’s up for re-election at the end of the year, highlighted the economic success of his state, the necessity to lower business taxes there and to modernize the school system.

He has been tapped as a possible presidential candidate in 2016, along with his moderate Republican counterpart in neighboring New Jersey, Chris Christie.

New Jersey already authorizes marijuana for medical use within a strict framework. That state’s law has recently been expanded to include certain childhood maladies.