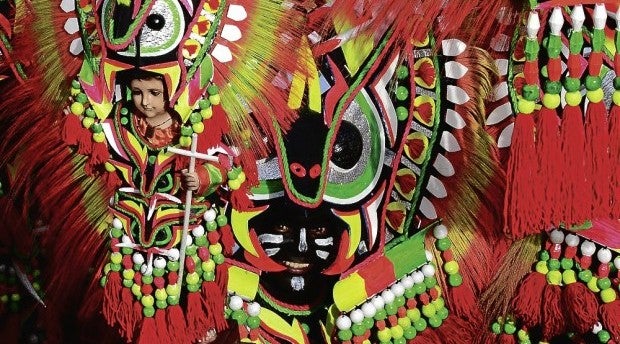 Members of a tribal contingent dance after the Pilgrims’ Mass at Pastrana Park in Kalibo, capital of Aklan, as part of the Ati-Atihan Festival celebration. FILE PHOTO/HARESH TANODRA (CONTRIBUTOR)

MANILA, Philippines—The police in Western Visayas police have stepped up its security measures for the week-long Ati-Atihan festivities, which will kick off on January 10 until January 14.

Chief Superintendent Josephus Angan, regional director of Police Regional Office 6, said Tuesday in a statement that police in Kalibo town in Aklan province are on full alert status as foreign nationals, tourists, dignitaries, and Filipinos from different regions are expected to participate in the “mother of all festivals.”

The Ati-Atihan festival is an annual tradition honoring Santo Niño or Infant Jesus. Taken from the name of Aetas or Atis, the Ati-Atihan also celebrates the primary settlers of Aklan.

Although the festivity is centered in Kalibo, the towns of Altavas, Batan, Ibajay, Makato, Malay, Malinao and Boracay Island will separately observe the annual feast.

Designating tasks groups composed of the police and law enforcement agencies, Angan said the police are on the lookout for lawless elements that might take advantage of the festivities.

“Security for our visitors is our top priority that is why we laid our security plans ahead to address what else we need,” he said.

Read Next
Aquino chooses to ignore ‘hopeless’ critics
EDITORS' PICK
UK’s Boris Johnson will resign, BBC reports
Unemployment rate up to 6% in May
Geek out at TOYCON 2022 powered by Smart Signature
High inflation: Your P1 is now worth only 87 centavos
High-risk pregnancy: Reducing your risk is in your hands
House energy committee chair Arroyo bats for cheap electricity
MOST READ
Suspect in grisly killing of missing woman in Bulacan arrested
Kim Atienza’s daughter flaunts bikini body in response to critics of her ‘revealing photos’
Japanese artist who created ‘Yu-Gi-Oh!’ found dead in the sea
FDA probes popular Filipino noodle brand for ‘high level of ethylene oxide’
Don't miss out on the latest news and information.