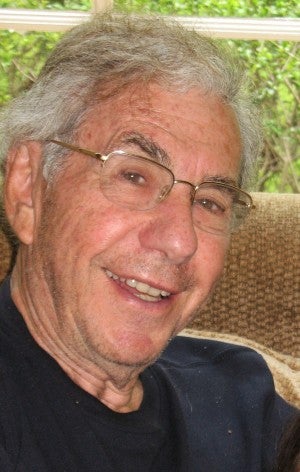 This July 2009 photo provided by courtesy of the Goodman Family Collection shows George Goodman at home in Princeton, N.J. Goodman, a journalist, business author and award-winning television host who under the pseudonym “Adam Smith” made economics accessible to millions of people, died Friday, Jan. 3, 2014, at age 83. Goodman’s son, Mark Goodman, said his father died at the University of Miami Hospital after a long battle with the bone marrow disorder myelofibrosis. (AP Photo/Goodman Family Collection, Mark Goodman)

NEW YORK—George Goodman, a journalist, business author and award-winning television host who under the pseudonym “Adam Smith” made economics accessible to millions of people, died Friday at age 83.

Goodman’s son, Mark Goodman, said his father died at the University of Miami Hospital after a long battle with the bone marrow disorder myelofibrosis.

Starting in the 1950s, the elder Goodman had a long, diverse and accomplished career, whether as a founder of New York Magazine, as a best-selling business author or as the personable host of “Adam Smith’s Money World.”

Known as “Jerry” to his friends, he prided himself on making arcane debates among economists and business leaders understandable, often using an anecdotal or irreverent approach to explain a complicated issue. He has been credited with coining the mocking catchphrase, “Assume a can opener,” as a parody of academic jargon.

“I have always believed that if you dramatize a story, you can make it comprehensible while at the same time maintaining a relatively high level of sophistication,” he once said.

“Adam Smith’s Money World” was a multiple Emmy winner that aired on PBS stations from 1984-1996, with guests including Warren Buffett and then-Federal Reserve Board chairman Paul Volcker. He was also an executive editor at Esquire, a member of The New York Times editorial board and a commentator for NBC television. In recent years, he sponsored a lecture series through the Harvard Club of New York Foundation.

Before his success in the business world, Goodman had written novels and worked in Hollywood as a screenwriter. He helped adapt his own book, “The Wheeler Dealers,” into a 1963 movie of the same name starring Lee Remick and James Garner.

Smith was editing the monthly journal The Institutional Investor when his first nonfiction book, “The Money Game,” was published in 1968. Among the year’s top sellers, and read for decades after, “The Money Game” offered a colorful take on the financial markets that added a human element to the laws of finance and seemed as influenced by Damon Runyon as by any economic theorist. One popular character was an oversized investment guru known as “Scarsdale Fats.”

“As far as I know it was a couple of the Boston institutions that hung the nickname on him, which shows that Boston institutions are not as stuffy as they used to be” Smith wrote. “One of his enthusiasts described him as ‘glob shaped.’ Minnesota Fats is an ectomorph and Sydney Greenstreet would blow away in the Scarsdale Fats ratio! All Scarsdale will say is that he is comfortably over 200 pounds.”

“The Money Game” was also Goodman’s first book as “Adam Smith.” He wanted to keep Wall Street from learning his identity — the game was up soon after publication — and accepted a suggestion from founding New York Magazine editor Clay Felker that he name himself after the 18th century economist.

His other books included “Supermoney,” a 1972 publication that introduced many readers to a then-little known Buffett; “Powers of Mind” and “Paper Money,” which came out in 1981.

“Where some authors exploit the paranoia over paper money, warning of horrible crashes and galloping inflation to come, Adam Smith strives for sanity,” Leonard Silk wrote of “Paper Money” in a review for The New York Times. “And where some writers urge people to look out for Number One and to be prepared to head for the hills with their gold coins, silver futures, cans of beans and weapons to keep out the neighbors, Adam Smith counsels the revival of a sense of community.”

George Jerome Waldo Goodman grew up outside St. Louis and was graduated from Harvard University in 1952. He was a Rhodes Scholar at Oxford and a member of the U.S. Army Special Forces, the forerunner of the Green Berets. He was still in the Army when his first novel, the comic tale “The Bubble Makers,” came out in 1955.

He is survived by two children and three grandchildren. His wife, actress Sally Brophy, died in 2007.