Miner killed in Benguet mine mishap 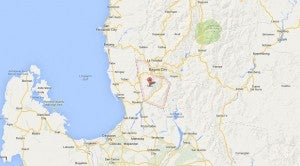 Libby Ricafort, Philex vice president for operations and Padcal mine resident manager, said Load-Haul-Dump (LHD) operator Rogelio Guleng Sr., 55, was drawing ore at the 782-meter level tunnel of the mine when the mud discharge buried him at 3:50 a.m. on Dec. 22.

The accident was discovered by another LHD operator, Julius Balonglong, who was assigned to the lower 773 level.

It took over two hours for other miners to dig Guleng out, but he died while being taken to the Sto. Niño Hospital in the mine compound.

Guleng worked at Philex for 32 years.

The Southern African Institute of Mining and Metallurgy (Saimm), in its website, said very few studies had been made regarding mud rushes, which are sometimes formed when underground water is mixed with soluble materials like the clay wrapped around minerals being extracted from a mine.

“The rapidity of the mud inflow is such that the escape of personnel in its path is most unlikely, with terrible consequences for safety,” according to Saimm.

Ricafort said the miners were hauling ore from a dry area, where underground water had not previously been detected.

Fay Apil, acting regional director of the Mines and Geosciences Bureau (MGB) in the Cordillera, sent a team to investigate the accident.

Philex has been operating through a temporary permit handed out by the MGB, following a mine tailings accident in August that polluted a Benguet waterway, for which the mine was penalized up to P1.2 billion in fines.

“The mud rush happened at in area that was supposed to be very dry. The water accumulation in the ore column was unexpected,” he said on Friday.  Kimberlie Quitasol and Vincent Cabreza, Inquirer Northern Luzon