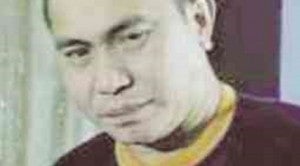 MANILA, Philippines – After being sued by his estranged wife, comedian and TV host Jose Manalo is facing another charge, this time lodged by his teenage daughter.

Manalo’s 17-year-old child with wife Annalyn filed a complaint against him Friday in the Quezon City prosecutor’s office for allegedly failing to keep his promise to finance the child’s schooling.

The complaint prepared by lawyer Dennis Pangan wanted Manalo cited for violation of Republic Act 9262 or the Anti-Violence against Women and their Children (VAWC) Act of 2004.

“All was pure talk and the complainant was (made) a laughing stock in a comedy scene orchestrated by respondent,” it said.

Manalo allegedly stopped giving financial support to the family despite appeals from Annalyn, who said he abandoned them for another woman in January 2012. She sued him the following month, again invoking the VAWC law.

Seven months later, the daughter was forced to drop out of school due to financial problems.

In October 2013, the girl enrolled at Raffles Design Institute after her father promised to shoulder her tuition, according to the complaint. Manalo then took note of her payment schedule but refused to give his contact numbers to Annalyn and the child, it added.

But after settling the initial dues, he failed to pay the next installment on December 1, the complaint said. Julie M. Aurelio