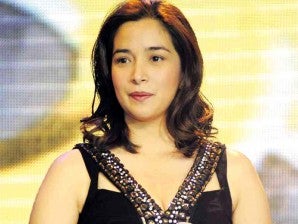 BAIS, Negros Oriental – President Benigno Aquino III is making no fuss over the fact that his visit here on Wednesday coincided with that of his former flame, Valenzuela City Councilor Shalani Soledad.

Speaking to reporters after he led the inauguration of Bais City’s P265-million city public market, the President said he was unaware of what Soledad was doing here.

Aquino made it clear that he was in town for the inauguration of the market, a visit of the Link Sy I.T. Park in Dumaguete City and for a meeting with volunteers of his presidential campaign last year, also in Dumaguete City.

“For me, this where the turning point of my campaign happened,” he said.

Asked whether a meeting with Soledad was on his itinerary as well, Aquino said, “Sorry, none.”

Soledad was the President’s main squeeze when he campaigned for the presidency. They split up shortly after he came into office last year.