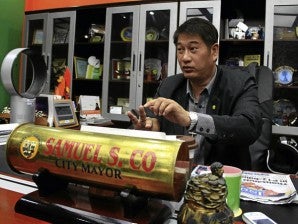 Both are facing syndicated estafa case in connection with the multi-billion Ponzi scheme of Aman Futures.

She said the NBI received validated information that the couple is residing in a plush condominium unit in Taguig.

“Acting as buyers to gain access in the Serendra Towers, the NBI joint team closely monitored the couple that led to their arrest. They were caught while on board a vehicle,” De Lima said.

The two are now at the NBI detention facility.

The Iligan Regional Trial Court Branch 1 on April ordered the arrest of Co, his wife and several others. The case stemmed from the complaint of Julius Labunog, an Aman Futures investor, who claimed that his group was duped by Co and the firm’s officers for a combined amount of P29.63 million.

Aman Futures is implicated in a P12-billion pyramiding scam dubbed as the biggest Ponzi scheme to date in the country.