Pope Francis is Time magazine’s person of the year 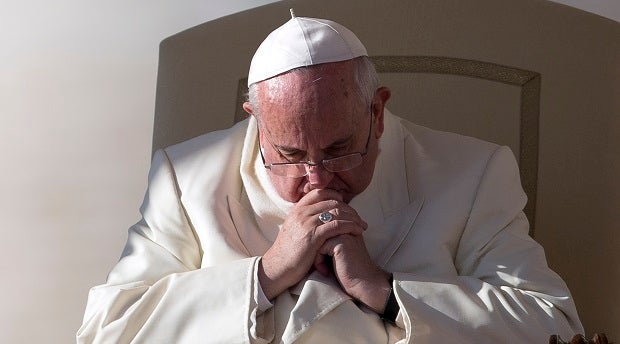 Pope Francis listens to a speaker delivering his message translated in different languages during his weekly general audience in St. Peter’s Square at the Vatican, Wednesday, Dec. 11, 2013. AP/Alessandra Tarantino

NEW YORK — Time magazine on Wednesday named Pope Francis its person of the year, saying that in nine months in office the head of the Catholic Church had become a new voice of conscience.

“For pulling the papacy out of the palace and into the streets, for committing the world’s largest church to confronting its deepest needs and for balancing judgment with mercy, Pope Francis is TIME’s 2013 Person of the Year,” wrote managing editor Nancy Gibbs.

“Rarely has a new player on the world stage captured so much attention so quickly — young and old, faithful and cynical — as Pope Francis.

“In his nine months in office, he has placed himself at the very center of the central conversations of our time: about wealth and poverty, fairness and justice, transparency, modernity, globalization, the role of women, the nature of marriage, the temptations of power.”

The runner-up for the accolade was NSA whistleblower Edward Snowden, who has been granted asylum in Russia and with whom Time published an exclusive interview conducted over email.