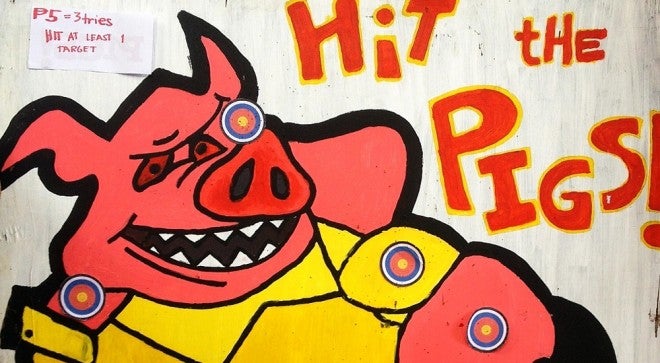 The head of the gang at the Department of Budget and Management that is engaged in producing photocopies of Special Allotment Release Orders (Saros) was also involved in the P10-billion pork barrel scam, according to a source in the DBM. PHOTO BY VINCENT CABREZA/INQUIRER NORTHERN LUZON

MANILA, Philippines—The head of the gang at the Department of Budget and Management that is engaged in producing photocopies of Special Allotment Release Orders (Saros) was also involved in the P10-billion pork barrel scam, according to a source in the DBM.

The source, who is privy to the probe by the National Bureau of Investigation (NBI), told the Inquirer a member of the gang wanted to turn whistle-blower and had provided DBM officials with the name of their “supremo.”

The gang member, an administrative aide with salary grade 4, had also asked the DBM’s union representative for help, the source added.

“He asked for protection against the gang that is headed by a woman who was also implicated in the pork barrel scam and whom they call “supremo,” the source said.

The source described “supremo” as a division chief who had access to documents, including Saros in the office of Budget Undersecretary Mario Relampagos.

The gang leader, according to the source, provided technical support to Relampagos.

“All documents brought to Usec Relampagos passed through her and she pointed out insufficiencies in the requirements,” the source explained.

Relampagos and three of his staff—identified as Malou, Leah and Lalaine—were included on the list of lawmakers and other individuals charged by the Ombudsman in connection with the alleged P10-billion pork barrel scam.

Earlier, the NBI named Relampagos as a respondent in a plunder case in connection with the alleged theft of P900 million from the Malampaya Fund.

Former President Gloria Macapagal-Arroyo, now a Pampanga representative, and three members of her Cabinet were also charged in the case.

The source talked to the Inquirer on condition he would not be named due to the sensitivity of the issue.

He acknowledged that the “peddling of Saros had long been an ongoing enterprise by some unscrupulous employees and no one had been penalized.”

“Those found guilty were condoned and told to avail of early retirement or to resign, which did not sit well with other department employees because we still see them around even after they left the bureau,” the source said.

The source also urged the NBI to conduct a lifestyle check on DBM employees in the office of Relampagos, “including his driver.”

The Inquirer has the names of five suspected members of the “photocopy gang” but is withholding their identities pending completion of the NBI investigation.

A Saro is a DBM document that paves the way for the issuance of a notice of cash allotment (NCA) which, in turn, triggers the release of funds from, say, the Priority Development Assistance Fund (PDAF) or pork barrel of lawmakers to selected groups and projects that turn out to be fake or nonexistent.

DBM ‘Xerox gang’ out to get Saro info–Abad