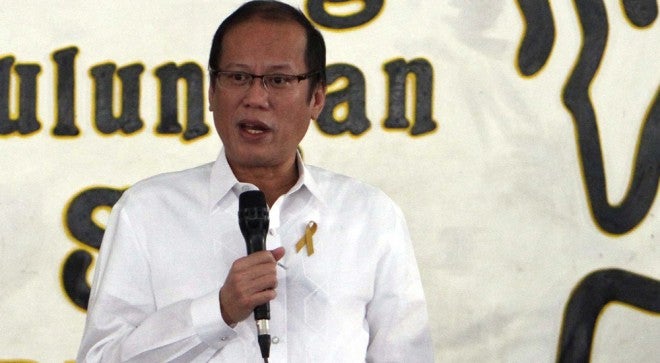 MANILA, Philippines—Satisfaction with the Aquino administration fell to +56 in September from +66 in June, as net satisfaction dipped across all areas and among classes D and E, according to the latest Social Weather Stations (SWS) survey.

The Third Quarter 2013 Social Weather Report results, conducted from Sept. 20 to 23 and first reported in BusinessWorld, found 71 percent satisfied and 15 percent dissatisfied with the government’s general performance, resulting in a “very good” rating of +56—down from a “very good” +66 (75 percent satisfied, 9 percent dissatisfied) in June, a record high.

The survey, which used face-to-face interviews with 1,200 adults nationwide, had a margin of error of plus or minus 3 percentage points.

As satisfaction with the government’s general performance slipped, it scored “very good” ratings in terms of helping victims of disasters and the poor, as its ratings on issues about hunger, inflation and oil prices fell 10 points from “moderate” to “neutral” levels.

‘Slide in Aquino’s approval rating is writing on the wall’