‘Kitchen on wheels’ for ‘Yolanda’ victims 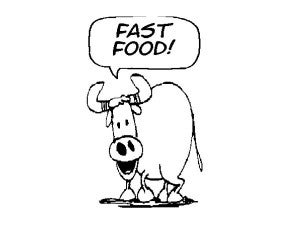 LUCENA CITY—Who would ever imagine that an old, creaky AUV, or Asian utility vehicle, could be turned into a kitchen that would serve the victims of Supertyphoon “Yolanda?”

A Lucena-based humanitarian group calling itself Love One Another Foundation (LOAF) has done just that and the “kitchen on wheels” is now on its way to feed the hungry in areas devastated by Yolanda.

Built from a rusty and dilapidated AUV and transformed by local craftsmen into a functional mobile food factory, the kitchen on wheels left this city early Wednesday morning on a long journey to start its feeding ministry in Iloilo province.

“This is the first trip of the mobile kitchen to a calamity area. With God’s blessing, we’re ready for the task,” LOAF president Joel Herrera said, while overseeing the loading onto a cargo truck of more than 4,000 relief packs of rice, sardines, noodles and bottled water.

The relief operation is spearheaded by charity worker Leo Alquiros, a New Jersey-based restaurateur who initiated LOAF’s formation as a humanitarian foundation during one of his regular visits to Lucena, his native city, last year.

Alquiros told the Inquirer after his arrival from the United States that he was shocked when he read the news and saw footages of the destruction caused by the typhoon in the Eastern Visayas.

He immediately called his fellow “loafies” and told them to prepare the kitchen on wheels for its mission to help and feed the victims of the supertyphoon.

Two high-powered LPG stoves, a mini-chopping table, a kitchen sink with an underside cabinet and a water tank at the roof of the front seat make up the kitchen.

As for its dining counter, the galvanized iron sheet side walls of the vehicle were designed to be collapsible.

Alquiros, owner and chef of a chain of restaurants, bakery and grocery stores in New Jersey, also launched a solicitation campaign among his suppliers, who generously responded.

Herrera said LOAF members—more than 10 local businessmen/entrepreneurs and their wives—pooled their resources to match the donations from the United States.

Among them were LOAF vice president and businessman Noly Yu and his wife, Eva, who bought 4,000 blankets in Manila for distribution to the victims, especially children and the elderly, during the cold months ahead.

Alquiros said the relief would be distributed to calamity victims in Iloilo, while the kitchen on wheels would be stationed in an evacuation center in Estancia, also in Iloilo.

Estancia has been struggling to contain an oil spill along the shores of Barangay (village) Botongon caused by a power barge of the National Power Corp. that ran aground due to strong winds spawned by the monster-typhoon.

The mobile kitchen will stay in Estancia for two months to provide the victims hot meals once a day. Continuous supplies of food would be jointly undertaken by LOAF, LIG, the Marian Rose mission and the local government.

Alquiros said he had prepared a menu, of arroz caldo, soup and noodles with sardines, among many easy-to-cook and affordable food.

Noting the extreme shortage of meat and poultry in the devastated areas, he said he would resort to using hibi (local dried shrimp) and other cheap but locally available food ingredients.

“But of course, the victims will be served with something special on Christmas,” he said. “I would suggest a meat dish to celebrate the occasion.”

Alquiros said LOAF members would stay in the devastated areas for four to five days but would leave behind the food mobile with a trained cook and worker.

Alquiros said the mobile food factory had also been regularly feeding indigent students in depressed areas in this city and providing them with free school supplies and bags.

In September, the kitchen on wheels reached Legazpi City, where it fed hundreds of street children under the care of Catholic nuns and missionaries.

LOAF has also been involved in housing projects and medical missions in Quezon province.

Alquiros said LIG, composed of volunteer doctors, nurses and other medical workers, along with Marian Rose aid workers, had already scheduled, even without the typhoon, a medical mission in several Iloilo towns for January.

Lucena Bishop Emilio Marquez, in a message to LOAF, said he hoped the nonprofit group would serve as a way toward a path of “loving service to humanity.”