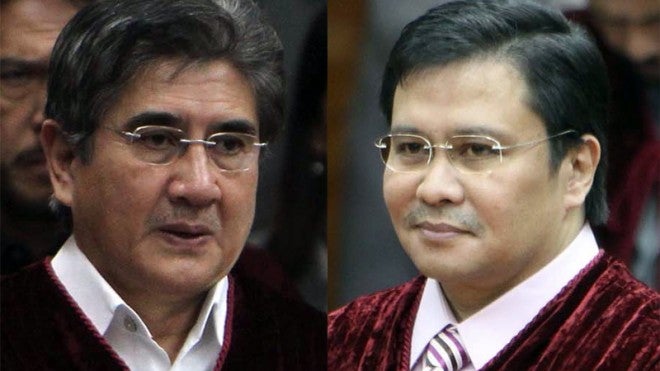 The Department of Agrarian Reform (DAR) has recommended to President Benigno Aquino III that legal action be taken against the “anomalous disbursement” of P220 million in 2011 that Senators Jinggoy Estrada and Gregorio “Gringo” Honasan II endorsed for the projects of 24 town mayors and 13 dubious nongovernment organizations (NGOs).

In a Nov. 8 memorandum sent to the President through Executive Secretary Paquito Ochoa Jr., Agrarian Reform Undersecretary Anthony Parungao requested that “the investigation of who, if any, may be held accountable be undertaken immediately.”

Parungao has left it to the Office of the Solicitor General to evaluate the DAR report and to file the corresponding cases.

Estrada endorsed funding worth P70 million for 10 towns for the DAR’s organic farming livelihood projects that were undertaken by 10 NGOs of businesswoman Janet Lim-Napoles.

Parungao said the NGOs did not reply to the inquiry while all the mayors denied having any knowledge or receiving any funds for these projects.

In a text message, Honasan said: “We will closely coordinate with the DAR on this matter to ensure that the support we intended for our farmers and agrarian reform beneficiaries be properly implemented and that any improper utilization thereof by those responsible in its implementation be corrected immediately.”

An unknown NGO, identified only as “Focus,” was granted P10 million. The endorsing lawmaker was not named. Excluded from the probe was the P15.9 million granted to Task Force Mapalad before 2011.

Parungao said the ongoing probe was aimed at determining who among the DAR officials should be held accountable for the release of the funds to the dubious NGOs.

Based on the preliminary fact-finding report, Parungao said Nieto signed 15 while Pacturan signed 10 memorandums of agreement that laid the groundwork for the NGOs’ receipt of the funds.

In an interview, Pacturan, who joined the DAR along with Secretary Virgilio de los Reyes in July 2010, was quick to deny profiting from the transactions.

Pacturan claimed that as early as last year, he had been following up on the progress of the livelihood projects with the mayors who denied having obtained money for the projects.

“I am now realizing that these projects could be part of an elaborate, corrupt system that I am only starting to comprehend in its entirety,” he said.

But Nieto, a career official who retired in 2011 to run for public office, lashed out at Pacturan and other allies of De los Reyes for washing their hands of the anomalies.

“Everybody knows that the secretary and his people are the most powerful officials in the department. Nothing happens in his department, especially multimillion-peso fund releases, without his and his people’s consent,” Nieto said in a phone interview.

“In due time, I will tell all what I know about this scam,” Nieto said.

Panlilio, another career official, bemoaned efforts to pin down lowly officials for the transactions that had the blessing of their bosses.

Parungao’s memo said that 13 of the NGOs “were verbally endorsed by either an individual identifying herself as a member of the staff of Senator Honasan or by Director Panlilio herself and her staff in behalf Senator Estrada.”

Parungao noted in a footnote in the memo that there was “no document in DAR’s possession” that would prove this assertion.

In her reply to Parungao, Panlilio said she signed the documents because it was her job to do so. “I did not, nor any of my staff, endorse or lobby for any NGOs. The project funds were officially endorsed by Senators Honasan and Estrada as per individual letters addressed to Secretary De los Reyes.”

De los Reyes did not reply to the Inquirer’s query.

Nieto and Panlilio have been implicated in the P900-million Malampaya Fund scam in 2009 involving Napoles. The fund was supposed to help agrarian reform communities adversely affected by the heavy flooding brought by Tropical Storm “Ondoy” and Typhoon “Pepeng.”

Instead, the money was pocketed by government official, Napoles and relatives, according to whistle-blowers.

The National Bureau of Investigation filed plunder charges on Oct. 3 in the Office of the Ombudsman against former President Gloria Macapagal-Arroyo, three of her Cabinet secretaries and 20 others, including Napoles.