No funding given for COA execs’ car — Abad | Inquirer News

No funding given for COA execs’ car — Abad 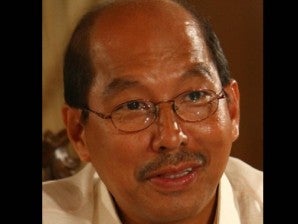 MANILA, Philippines – Budget Secretary Florencio Abad on Thursday admitted releasing P143 million for computers and consultants of the Commission on Audit (COA), but not for cars of its officials.

“I don’t think funding was given for cars. The cars were funded by savings from within COA,” Abad told reporters when he attended a hearing in the Senate.

Asked if the fund was released through the DAP as claimed by COA head Grace Pulido-Tan, Abad said: ‘No.”

Tan, responding to queries of Senator  Jose “Jinggoy” Estrada during plenary deliberations of the COA’s budget last Monday,   said her office received P143.7 million from the Aquino administration in 2012 through the DAP to buy its officials new cars, acquire computers and hire consultants.

But Abad said the appropriation for computers  was sourced from the “e-government” fund while the funding  for litigators came from the Miscellaneous  Personnel benefit Fund, which was  coursed through the DAP.

“Those are multiuser funds. Ibig sabihin lahat ng branches get from those. Kunyari kailangan i-fill up na position ang civil service or Congress, they draw from the MPBF. So hindi yan executive lang,” he explained.

(Those are multiuser funds. Meaning, all branches get from those.  For example, there’s a need to fill up a position in the Civil Service or Congress, they draw from the MPBF.  So it’s not for the executive only.)

“E-gov is the same. It’s used by all branches… (because in ) e-gov,  we need to make the systems of government including the branches interoperable. Usually nag-uusap lahat ang IT, they draw from that so doon galing,”  Abad said.

But the fund used to buy the cars of  state auditors,  the budget chief said, came from the savings of  the COA itself.