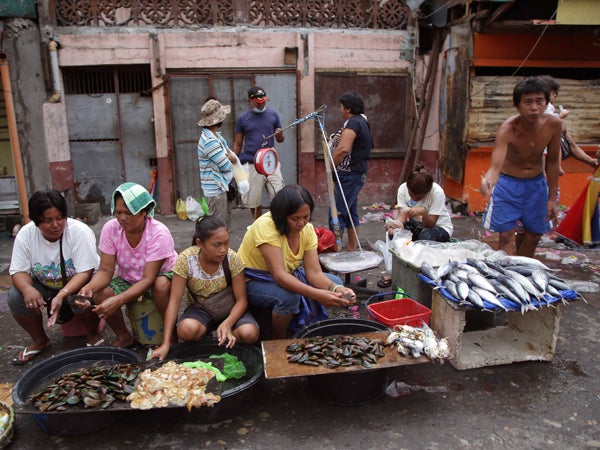 MANILA, Philippines—After Yolanda brought Tacloban to knees, the capital city of Leyte is slowly getting back on its feet.

According to a statement from the Presidential Communication Operations Office (PCOO) website, banks, restaurants, and gasoline stations have reopened.

In an inter-agency meeting in Tacloban, city administrator John Tecson Lim said the city is gradually getting back to normal with more businesses resuming operations each day.

Lim thanked Landbank of the Philippines, which brought four mobile automated teller machines (ATM) to provide faster banking services to typhoon victims with one of the machines placed at the Tacloban City Hall.

Though grocery stores have yet to reopen “there are more ‘sari-sari’ stores that have opened, which are very good sign.”

Lim also reminded the public to remain vigilant against overpricing of basic goods which is punishable by law and urged the public to immediately report to local officials any incident.

According to Lim, six of the 26 gasoline stations have resumed operations.

Several hardware and auto-repair shops have also resumed operations such as the Hyundai Tacloban Service and Leyte Home Depot, one of the largest hardware shops in the area.

Lim, however, said that these hotels have limited capacity due to damage to some of the rooms.

Yolanda: after the Storm