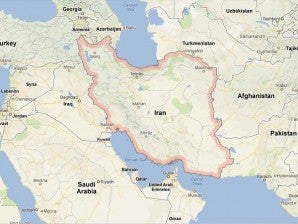 GENEVA, Switzerland—Iran and world powers were set Thursday to begin hammering out a landmark deal freezing parts of Tehran’s atomic program to ease fears of the Islamic republic getting nuclear weapons.

Diplomats said however the talks would be tough and might still fail, after supreme leader Ayatollah Ali Khamenei’s warning that he would not be “retreating one step from the rights of the Iranian nation.”

A second was more upbeat, “I am not saying it’s in the bag but we are in a process that started well and which could lead to a deal this weekend.”

Numerous attempts to resolve the standoff have failed over the last decade, but the election this year of Hassan Rouhani as president has raised hope that this time a deal can be struck.

With the country reeling from sanctions, since taking office in August Rouhani has put the brakes for the first time in years on expanding Iran’s atomic activities.

In return Iran is being offered minor sanctions relief, although officials insist that core sanctions on its oil exports and banks will stay in place.

Over subsequent months a final deal would be worked out.

On Wednesday US Secretary of State John Kerry sought to reassure skeptics at home and in Israel worried that Iran would still be left with the capability to make a nuclear bomb.

“We will not allow this agreement, should it be reached to buy time or to allow for the acceptance of an agreement that does not properly address our core, fundamental concerns,” Kerry said in Washington.

Israel though, which has refused to rule out bombing Iran and which is assumed to have nuclear weapons itself, wants a total and permanent dismantlement of Tehran’s nuclear facilities.

Daryl Kimball from the Arms Control Association said this was “unrealistic.”

“Such a deal may have been possible in 2005 when Iran had fewer than 300 uranium centrifuges enriching uranium at one site,” he said.

“But it is not realistic now that Iran has 19,000 installed and 10,000 operating centrifuges at two sites.”

If Rouhani, meanwhile, fails to secure quick and substantial relief from the sanctions, the Iranian president risks losing the support of arch-conservatives and, most importantly, that of the supreme leader, experts say.

“I will have a meeting with Lady Ashton, which is the beginning of negotiations to examine how to finalize the draft,” the ISNA news agency quoted Zarif as saying.

This would be followed later by talks between Zarif and the political directors of all six powers chaired by Ashton.

Iran’s lead negotiator Abbas Araqchi said that “the lost confidence must be regained,” in reference to the last Geneva talks 10 days ago when French objections delayed an accord.

Now the six powers are united, diplomats insist, despite intense diplomatic efforts by Israeli Prime Minister Benjamin Netanyahu to avert what he calls a “bad deal.”

On Wednesday Netanyahu took his campaign to Moscow for talks with Russian President Vladimir Putin, who said only he hoped for a “mutually acceptable” solution.

“I don’t imagine that the international community would have accepted an agreement whereby Syria slightly thinned out its stock of chemical materials, most of it stayed in place and the ability to produce such a weapon remained unchanged,” Netanyahu said.

“That is more or less what’s on the table in Geneva.”