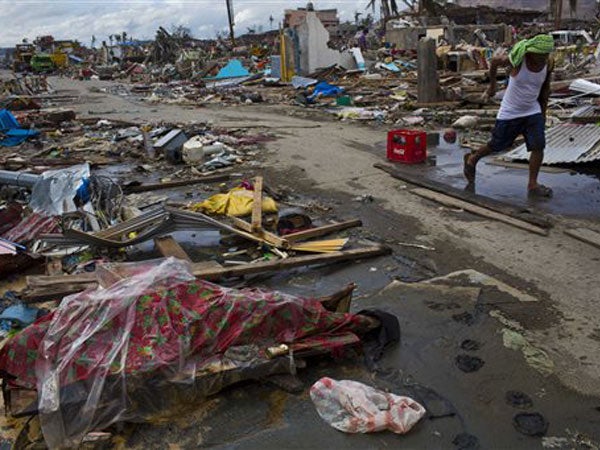 The Bureau of Fire Protection (BFP) reported on Sunday to Interior Secretary Mar Roxas, co-chair of the National Disaster and Risk Reduction Management Council (NDRMC), that 780 bodies were recovered just on Saturday.

Except for 83 bodies that were still being “processed” as of Sunday (Nov. 17), the recovered bodies have been brought to the grave site in Barangay Basper here for mass burial, BFP regional director for Eastern Visayas Pablito Cordeta said.

Only 48 have been identified.

Cordeta said that “780 of the bodies retrieved were done by Task Force Cadaver; 48 of which were identified and 732 were unidentified.”

The bodies were retrieved from several barangays (villages) in the city that bore the brunt of Yolanda’s storm surges—from Barangay San Jose near the Tacloban airport to Fatima and Pampango villages.

The “Task Force Cadaver” headed by Cordeta has so far retrieved 1,199 bodies, of which 1,095 have yet to be identified, while 147 have been identified.

Pictures of these unidentified bodies have been taken by authorities as well as DNA samples to aid in the identification process later on.

The BFP has 234 responders coming from five regions and its national headquarters.

It is being aided in the retrieval operation by the Philippine National Police, Philippine Navy, National Bureau of Investigation, public works and Metropolitan Manila Development Authority.