“Typhoon Yolanda has made second landfall over Dulag-Tolosa, Leyte with maximum sustained winds of 235 kilometers per hour near the center and gustiness of up to 275 kph,” the Philippine Atmospheric Geophysical and Astronomical Services Administration said at 7 a.m.

Widespread destruction is feared as Yolanda, considered the most powerful typhoon the world in 2013, made its first landfall in Guiuan, Eastern Samar, at 4:30 a.m. Friday.

Storm signals were raised in over 58 areas.

Washington Post described Yolanda as “among the most powerful storms witnessed anywhere in modern times.”

The Joint Typhoon Warning Center, however, said that Yolanda packed maximum sustained winds of 314 kph (195 mph) and gusts of up to 378 kph (235 mph).

Yolanda was described as a Category 5 Supertyphoon by US standards and “has joined an elite club among the strongest cyclones to form on Earth.”

“Supertyphoon Haiyan has strengthened to mind-boggling levels. It is now among the most intense storms to form on the planet in modern records,” the Washington post said.

It noted that even if the storm weakens modestly after landfall, “catastrophic effects are unavoidable,” it added. 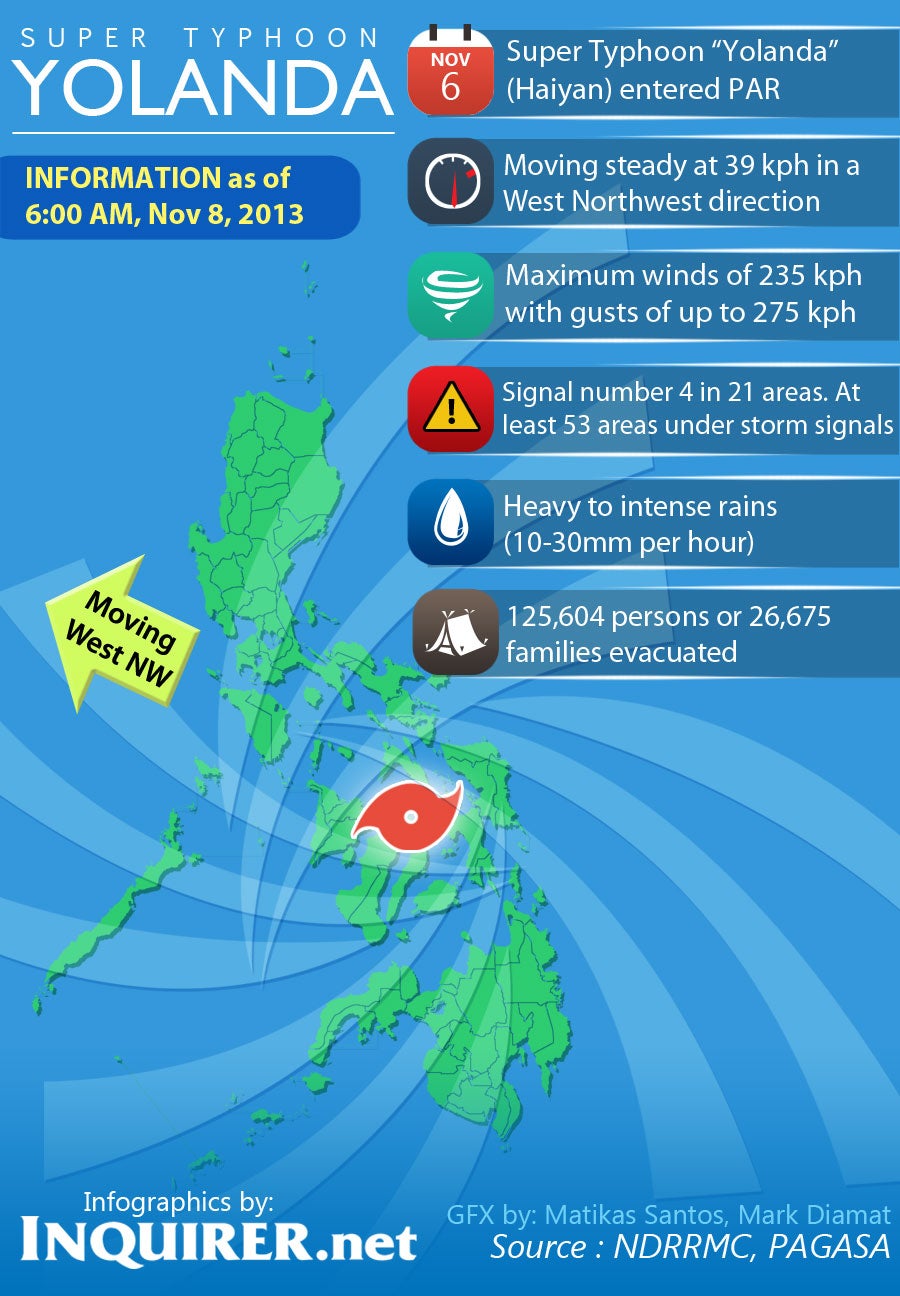