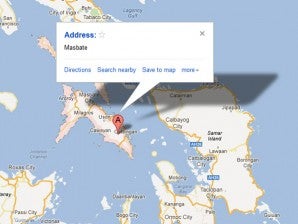 MASBATE CITY, Philippines – The election officer of a town in Masbate, two policemen and their civilian companion were wounded in an ambush perpetrated by unidentified armed men in the island-province notorious for election-related violence.

Lawyer Merlinda Alvarez, election officer of the town of Palanas; Police Officer 1 Benito Bailon Jr., and PO1 Wilbert Pultino, both from the Palanas police; and their civilian companion Joey Villaruel, sustained multiple gunshot wounds after they were waylaid by an undetermined number of men armed with high powered firearms in a grassy portion of the town’s Barangay (village) Parina shortly before noon on Sunday, PO1 Haidelyn Pimentel Arevalo, spokesperson of the Masbate provincial police said.

Arevalo said the election officer, Villaruel and their policemen escorts were on foot on their way back to the municipal police station at the town proper from a dialogue with the reelectionist chairman of the barangay, Reynaldo Atibagos, when waylaid at around 11:20 a.m., she said.

Arevalo said that Alvarez was escorted by the policemen as she was preparing for the barangay elections on Monday (October 28).

Captain Mardjorie Paimela Panesa, spokesperson of Philippine Army’s 9th Infantry Division, said the Army had wanted to airlift the victims to Legazpi City but the Army’s helicopter was unable to leave Albay due to bad weather.

The victims, who were brought instead to the Masbate Provincial Hospital for treatment, sustained mostly abdominal and lower leg wounds and have been in stable condition, said Panesa.

A walk for peace in Masbate polls

Comelec control of Masbate being studied

ADVERTISEMENT
Read Next
22 killed ahead of village elections
EDITORS' PICK
IATF to LGUs: Issue ordinances vs attacks on frontliners, COVID-19 patients
10 Filipinos positive for COVID-19 in UK, 7 in Ireland — envoy
Nograles: Cabinet members to donate 75% of monthly salary to aid COVID-19 fight
Diokno to Duterte: OK to make fun of buck tooth, but focus on people’s needs first
Robredo spox thanks Duterte for defending VP’s efforts vs COVID-19
Quick chat with Nicole Andersson: ‘You really don’t need much to be happy’
MOST READ
Gov’t mulling quarantine period extension of 15-20 more days
Sotto on Isko Moreno’s call: We do our job without the media following our every move
Cook more and eat less: Tips on your quarantine diet
ADB warns PH against prolonged lockdown
Don't miss out on the latest news and information.