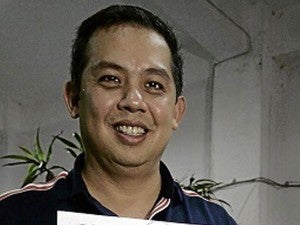 MANILA, Philippines—The opposition in the House of Representatives has proposed a P25-billion rehabilitation fund for earthquake-ravaged Central Visayas like the recovery program implemented in Central Luzon after the eruption of Mount Pinatubo 22 years ago.

Romualdez said the government allocated P10 billion for the rehabilitation of provinces blanketed by ash and lahar by the Pinatubo eruption. Since the impact of the earthquake was as devastating as Pinatubo’s eruption, Romualdez said Central Visayas deserved a similar budget.

“We have to look at our previous experience in handling this kind of disasters and Pinatubo provides a good model. We have to move fast on this even if we have to attend a special session to pass this as a supplemental budget. We want to show that Congress works for the people,” said Romualdez.

The Romualdez proposal is similar but bigger in scale than the P10-billion  “Central Visayas Assistance, Resettlement and Development Fund” proposed by Sen. Juan Ponce Enrile who also pushed for the creation of a Central Visayas Assistance, Resettlement and Development Commission patterned after the Mount Pinatubo Commission set up by then President Fidel V. Ramos.

Bohol Rep. Rene Relampagos had previously proposed a P3.1-billion rehabilitation fund for Cebu and Bohol in the proposed 2014 national budget.

As this developed, the Department of Health has deployed 12 medical teams to Bohol and Cebu and provided P7.5 million worth of medicine.

There are 35 evacuation centers in Bohol housing over 2,769 families, or 9,991 individuals, from the towns of Antequera, Buenavista, Calape, Carmen, Clarin, Loay, Loon, Maribojoc, Sagbayan, Sevilla, Tubigon and Tagbilaran City.

As of Friday, Ona said that 90 evacuees from the towns of Danao, Calape, Tubigon, Sevilla and Albequrque had been treated for diarrhea.

During his visit to Bohol on Thursday, President Aquino ordered the Department of Public Works and Highways (DPWH) to check the structural integrity of affected houses before allowing residents to return home.

Several families fled to other provinces to escape the aftershocks and recover from the trauma.

The Dizon family from Pangangan Island, in the town of Calape, was among the families that decided to stay with relatives in Davao City.

Jane and Dexter Dizon, both public high school teachers, decided to leave Bohol with their two kids, upon learning that classes had been suspended until Nov. 4.

Aside from the Dizon family, Cecile Cavalida and her two sons left Bohol and sought shelter with their relatives in Cebu. They returned to Bohol on Wednesday. With a report from Carine Asutilla, Inquirer Visayas