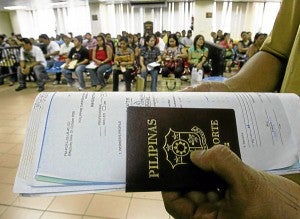 MANILA, Philippines—Justice Secretary Leila De Lima on Friday said they were also studying asking the Department of Foreign Affairs to cancel the passports of 22 individuals facing plunder charges in connection with the P900-million Malampaya fund scam.

On Thursday, the Department of Justice sought the cancellation of the passports of 37 people allegedly involved in the pork barrel scam. Included in the 37 were Senators Juan Ponce Enrile, Jinggoy Estrada and Ramon Revilla Jr.