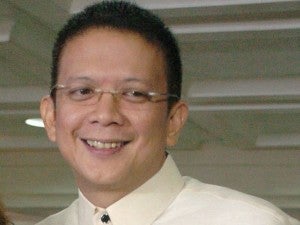 As the Senate remains undecided on what to do with their P4.8-billion share of the Priority Development Assistance Fund (PDAF), the Senate committee on finance on Wednesday passed in about 45 minutes President Aquino’s pork barrel funds amounting to more than P600 billion in 2014.

Subject to the Department of Budget and Management’s (DBM) submission of certain documents and committee amendments, Sen. Francis Escudero, the committee chair, also endorsed to the plenary the executive department’s P139.9 billion in unprogrammed funds and the DBM’s P997-million outlay.

Amid the fast clip by which Malacañang’s pork passed his committee, Escudero vowed to introduce amendments to the budget bill that would “itemize as best as we can, as far as practicable” the lump sum allocations.

He said there would be special provisions on their release, on reporting requirements and transparency “so that it will make it almost like a line item.”

“It’s understood that it’s conditioned on the submission [of requirements]. Our problem here is we’re also pressed for time to approve the budget within the year,” Escudero said in Thursday’s news forum at the Senate.

The committee is expected to come up on Nov. 11 with its report on the P2.268-trillion proposed General Appropriations Act (GAA) for next year.   It will be presented on the floor starting Nov. 17 when Congress returns from a three-week recess beginning Saturday. The Senate is expected to pass its version of the budget on Nov. 29 at the latest.

Failure to enact the 2014 GAA before the year ends means having to reenact the 2013 national budget that Escudero describes as akin to having the biggest pork barrel the executive branch would control.

“Every time the budget is reenacted [it becomes] a lump sum in the hands of the executive branch,” he said.

Aside from these budget items President Aquino also has under the law billions of pesos under his disposal such as the Malampaya Fund and the proceeds from the operations of the Philippine Charity Sweepstakes Office and Philippine Amusement and Gaming Corp. These are not included in the GAA.

The required documents consist mainly of specific items where the department budgets would be spent.

“The lump-sum funds that will remain afterwards will be given special provisions on release, on reportorial requirements and on transparency, so that it will almost be like a line item. Even if the list [of expenditures] is made in January, we will consider it as forming part of the budget and as line-item expenditures of the budget,” Escudero added.

Escudero indicated that there could still be changes in the allocations following the presentation of the SPF by Budget Secretary Florencio Abad Jr. on Wednesday, the last session day before the three-week recess.

“Secretary Abad himself said that the allocation for the school building program of the DepEd was no longer needed because we already have a program equivalent to 43,000 classrooms. He said that was already enough and perhaps we can take it out or decrease it and allocate it to insurance just as we discussed,” Escudero said.

On which among the SPF items he wants itemized, Escudero said, “You can’t do that with the calamity fund. With the contingent fund, yes, you can.”

“The contingent fund is a lump sum and we were told by Secretary Abad that this is where the government charges the travel expenses of the President. We asked for the list of how they spend the contingency fund so far and we were given that list,” Escudero said.

“If it’s really spent on travel, just tell us where the travel is and how much it will cost so we could just allocate it to the budget of the Office of the President instead of having it in the contingent fund,” Escudero added.

He said he has asked for those kinds of documents so “their proposed budgets will be clear.”

Escudero said one reporting requirement he wants instituted covers the executive branch’s use of savings such as the controversial Disbursement Acceleration Program.

“As an example of a reportorial requirement, we will request that any and all utilization of savings be reported to the committee on finance of the Senate and the committee on appropriations of the House,” Escudero said.

Reporting requirements, he said, would include the DBM’s submission to the Commission on Audit of all special allotment release orders and notices of cash allocations covering fund realignments “so they will be easy to trace and to audit.”