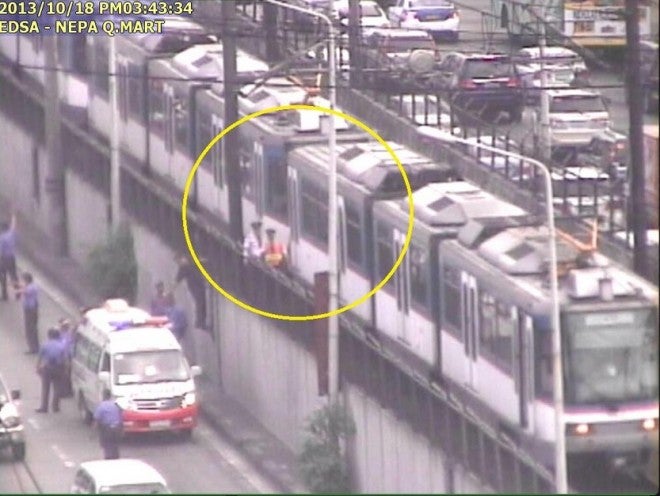 MANILA, Philippines – Operations at the Metro Rail Transit has resumed after they were disrupted by a man who jumped onto the railway tracks along EDSA Nepa Q Mart.

Renato San Jose, MRT director for Operations, said the suspect, from 15 to 20 years old, entered the perimeter of the tracks a little before 4 p.m. Friday.

The man wasn’t hurt as the incoming train was able to stop, but the incident caused a 5 to 20-minute travel delay.

“The initial information was that it looked like the man under the influence of rugby,” he said in Filipino.

The man has been taken to the hospital for treatment.