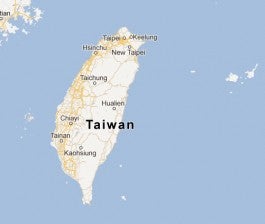 TAIPEI—Taiwan’s Supreme Court said Friday it had rejected the final appeals of five senior judges who were handed lengthy prison sentences for bribery in cases that uncovered some of the island’s worst judicial corruption.

The Supreme Court said it was upholding the sentences, meaning former High Court judge Tsai Kuang-chih will have to serve a 20-year term and pay a fine of Tw$3.5 million ($119,000) for taking bribes to meddle in two court cases.

In the first case, his colleagues Chen Jung-ho and Li Chun-ti were sentenced to 18 years and 11-and-a-half years respectively for taking at least Tw$3.5 million in bribes through Tsai to acquit a former lawmaker in a land development case.

The scandal, which broke out in 2010, brought down the chief of the judiciary Lai In-jaw, who resigned to take political responsibility, and prompted President Ma Ying-jeou to set up a new anti-corruption watchdog.

In the second case, Tsai was convicted along with Fang A-sheng, a chief High Court judge, for taking around Tw$3 million from fellow judge Chang Ping-lung to clear him on corruption charges in 2005.

Fang received a 10-and-a-half-year sentence while Chang was jailed for one year.

While Fang and Chang were already in custody, Tsai, Chen and Li had been free pending their appeals.

Taiwan has been rocked by a string of corruption scandals involving top officials in recent years, including ex-president Chen Shui-bian who is serving a 20-year jail term on multiple graft convictions.

Two top politicians from the ruling Kuomintang party known for their close ties with Ma have also been indicted on corruption charges since last year.