Profits not the sole measure of SSS performance, says legislator 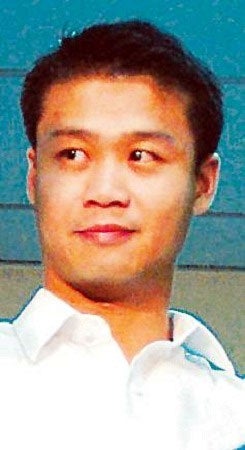 MANILA, Philippines—The Social Security System’s performance must be measured by how well the pensioners and its other members get the benefits due them and how their needs are met, and not just by how much profit the agency has made, a legislator said Wednesday.

Valenzuela Rep. Sherwin Gatchalian was the latest legislator to denounce the SSS board for the P1 million bonus each of its directors got, saying it was insensitive as the service the state-run pension fund provides to its members leaves much to be desired.

The SSS is a “natural monopoly” and is sure to make money as it has no competition, Gatchalian said.

“It is primarily funded through a mandatory, automatic payroll deduction or voluntary contributions, and therefore will always be profitable, no matter what,” he said in a statement.

The gauge of whether the SSS is performing well is meeting its members needs to their satisfaction, he said.

“Profitability cannot be the gauge of SSS’s performance. Performance should be measured in terms of member satisfaction and high level of customer service,” he said.

“If SSS is after profit, we might as well privatize social security and let market forces and the profit motive dictate the contributions and premiums. But why should we go that far when the SSS can work on fiscal reforms without hurting the pockets of its members,” Gatchalian said.

The SSS needs to step up its performance and put a stop to the ordeal that its pensioners and members undergo whenever they deal with the agency, he said. It should be doing this first before rewarding board members with “fat” P1 million bonuses, he added.

“The members have had enough nightmares in availing (themselves of) loans or receiving their pensions on time,” Gatchalian said.

SSS president Emil de Quiros earlier defended the directors’ P1 million bonuses, saying these were given pursuant to the performance-based incentive system of the Governance Commission for GOCCs. In line with this system, SSS employees also got bonuses amounting to P276 million, he said.

Gatchalian noted that the bonanza for the board members came even as the agency was planning to increase members’ premiums, a move that he thought also needed to be reconsidered.

“Why put another burden on the members when in fact it is the SSS’ fault that it has failed to collect billions in unremitted premiums from delinquent employers?” he asked.

He added that the SSS has not adequately protected members from scams and has not promptly released pensions and loans.

According to Gatchalian, the SSS being a natural monopoly was a factor in the dismal service that the agency has been providing for years to its members.

“Its monopolistic nature is what makes the SSS stunted as far as the level of service is concerned. They have neglected their members’ convenience and lagged in innovation for years,” he said.

He suggested that the government look into more successful social insurance models in other countries, in light of the anticipated depletion of the retirement fund of private sector workers in 2018.

Gatchalian cited the “superannuation” system in Australia, which he said has a mandatory retirement savings account for members which is supported by employers and matched by the government, as well as another benefit system available to low-income members.

“We need fresh, doable and sustainable systems that would bring back the confidence of the people in the SSS, and perhaps motivate them more to save for their future,” he said.