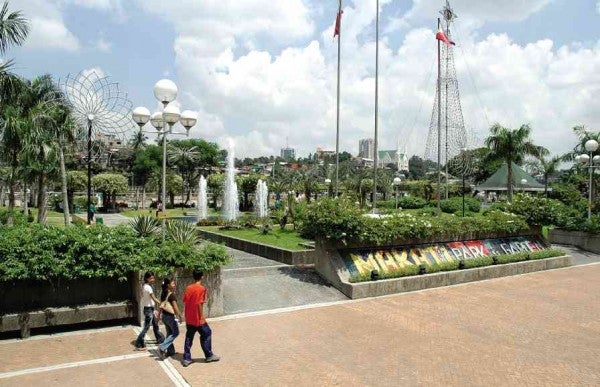 Officials in all the 33 barangays of Makati City have crafted a plan submitted to Makati Mayor Junjun Binay envisioning a “walkable city” where pedestrians can feel safe and secure on the sidewalks and other public spaces.

But first, they may have to contend with longtime problems within their own backyard which could get them into a fight with their own neighbors, like illegally parked private vehicles, “extended” sari-sari stores and other road obstructions.

In a statement, Binay expressed his support for the vision of barangay officials to make the streets in every barangay safe for pedestrians and convenient for motorists as well.

“We welcome and support the proposals of the barangays that are intended to make our streets safe for both pedestrians and motorists.  Being based on first-hand experience, their inputs will certainly be useful in crafting a new Transport and Traffic Plan and an amended Traffic Code for the city,” Binay said.

During the summit, the barangay officials also pushed for the standardization of traffic signs for them to conform with international standards.

Through the uniform signs, motorists could tell if they are under the jurisdiction of Makati, they added.

They also called for the installation of LED (light emitting diode) billboards to update motorists on the traffic situation on Makati’s major roads as well as on national roads.

These billboards should also display weather updates, the location of road accidents or repairs, traffic rerouting advisories, and emergency numbers, among others.

The Liga also presented the initiatives already being undertaken by some barangays, like the passage of ordinances enforcing “one-side” parking and one-way entry on selected streets. The measures were partly intended to allow the unimpeded movement of emergency response vehicles, such as ambulances, fire trucks and police cars.

The barangay officials also raised longtime concerns, such as the lack of parking spaces or garages that has resulted in double or illegal parking on most streets.

It was noted during the summit that an increasing number of new vehicle owners do not have their own garages or parking slots, frustrating any effort to manage traffic flow in certain areas.

The local officials also pointed to another usual obstruction on the streets and sidewalks: The “extended” selling or storage areas of variety stores, which put their soft drink crates, boxes, chairs, tables and other bulky items outdoors.

They also noted a “mismatch between supply and demand” when it comes to public transport, limited loading and unloading bays, and the uneven distribution of public vehicles, with some streets serviced by too many while others not serviced at all.