The deadliest natural disasters in the Philippines 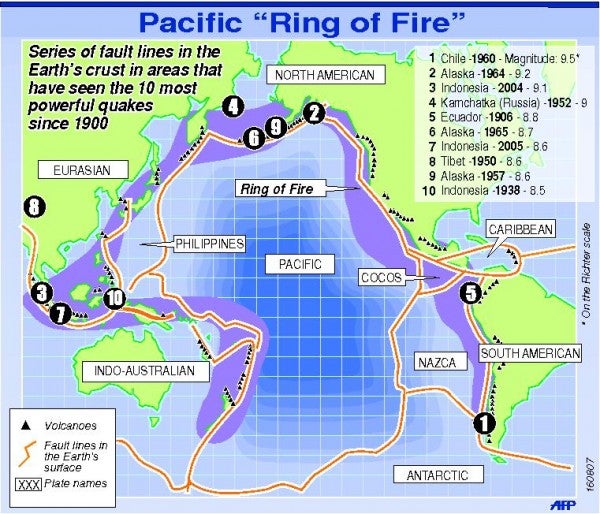 MANILA, Philippines — A deadly earthquake in the central Philippines on Tuesday highlighted the Southeast Asian archipelago’s vulnerability to natural disasters.

The Philippines is located along a typhoon belt and the so-called Ring of Fire, a vast Pacific Ocean region where many of Earth’s earthquakes and volcanic eruptions occur.

The following are the 10 deadliest natural disasters on record in the Philippines, based on government or United Nations figures:

1. A tsunami triggered by a magnitude 7.9 earthquake devastates the Moro Gulf on the southern Philippine island of Mindanao on August 16, 1976, killing between 5,000 and 8,000 people.

4. A 7.8 magnitude earthquake strikes the mountain resort of Baguio City and other areas of the northern Philippines on July 16, 1990, killing 1,621 people.

7. Mayon volcano in the far east of the country erupts on February 1, 1814, burying the nearby town of Cagsawa with ash and rock and killing about 1,200 people.

8. An entire mountainside collapses on the village of Guinsaugon on the central island of Leyte on February 17, 2006, killing 1,126.

10. Floods and landslides unleashed by Typhoon Trix kills 995 people in the Bicol region of the main island of Luzon on October 16, 1952.