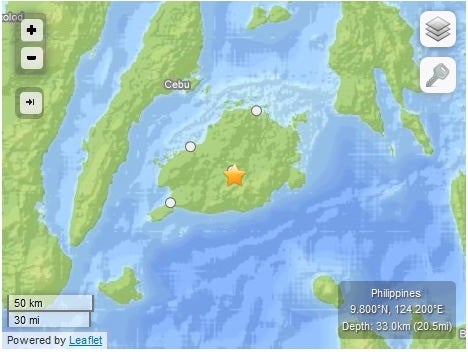 The quake was recorded from two to five kilometers southeast of Carmen town at 8:12 a.m., the Philippine Institute of Volcanology and Seismology and the United States Geological Service reported.

Phivolcs said the earthquake had a depth of 33 kilometers.

The tremor lasted for a minute and triggered a blackout.

According to initial reports, some houses and buildings were damaged.

The earthquake was felt in parts of Visayas and Mindanao:

Damages were also expected from the quake, Phivolcs said.