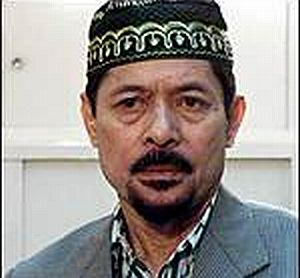 Based on three separate information filed in court, Misuari, Malik, Assamin Hussin, Bas Arki and 57 others are facing charges of rebellion and violation of  Republic Act 9851 or the The Philippine Act on Crimes Against International Humanitarian Law, Genocide and other Crimes against Humanity.

They were slapped with rebellion for allegedly “conspiring to rise publicly and take arms against the Republic of the Philippines.”

Misuari is accused of sending his armed followers to Zamboanga on September 9 to try to block a proposed peace deal between the government and a rival Muslim rebel group.

The government accused the gunmen of taking civilian hostages and setting fire to more than 10,000 homes.

The DOJ said the MNLF leaders and their followers should also be prosecuted for violating the International Humanitarian Law for taking some non combatant civilians as hostages in the villages of Mariki, Rio Hondo, Sta. Barbara, Sta. Catalina, Kasanyagan, Talon-Tallon and Mampang and randomly detaining them in buildings and houses from Sept. 9 to 30.

The DOJ said the accused have to put at risk lives of non-combatant civilians when they were used as human shield at the forefronts of Lustre Drive, Sta. Barbara and Martha Drive, Sta. Catalina which resulted to 12 deaths and more than 70 injured.

Also, over 9,000 houses and buildings were destroyed causing an estimated damage of over P200 million.

The DOJ, through Assistant City Prosecutors Gladdy Bernabe, Norman Usman, Alfredo Jimenez Jr., Arnel Maravilla and Asssociate Prosecutor Nicolas Apolinario Jr. and City Prosecutor Ricardo Cabaron did not recommend bail for Misuari, Malik, Hussin and Arki while P200,000 bail for the followers for the case of rebellion. With reports from Kristine Sabillo of INQUIRER.net

Gov’t to charge Misuari et al. with revellion, other raps