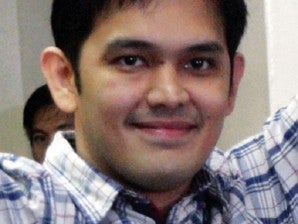 MANILA, Philippines—A former senatorial candidate, who authored a petition to declare the pork barrel system “unconstitutional,” said Tuesday that informants told him Malacañang allegedly gave out money for the media to “downplay” the coverage of high court’s oral argument on the controversial issue.

Greco Belgica said the Palace paid some members of the mainstream media for them not to cover the debate Tuesday afternoon on the constitutionality of the Priority Development Assistance Fund (PDAF) and other discretionary funds.

He did not, however, identify which media outfits were given money.

INQUIRER.net is covering the oral argument and a live audio streaming is available on the website.

Early October, Belgica and other politicians filed before the Supreme Court a 50-page petition questioning the constitutionality of PDAF and the Presidential Social Funds, Aquino’s so-called pork barrel.

His camp also filed on October 3 a separate petition  to declare  unconstitutional the Discretionary Acceleration Program (DAP), a lump-sum fund controlled by Malacañang from which P50 million to P100 million was allegedly given to each senator who voted for the conviction in 2012 of then Chief Justice Renato Corona.

The former Manila councilor said that his understanding of the reports on Malacañang media bribery was that “big bosses of the media outfits” were the ones the Palace negotiated with.

Belgica, who was the youngest of the senatorial candidates in the last May elections, said the people should be educated how the pork barrel system really works and how it affects them.