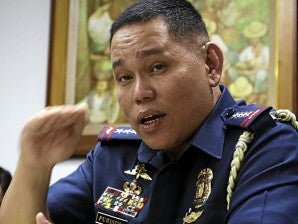 An attached agency of the Department of the Interior and Local Government (DILG), the PPSC supervises the PNPA and the training centers of the police, jail and fire services.

Sindac quickly played down insinuations that the move could be part of the proposal to allow graduates of the Philippine Military Academy (PMA) to rejoin the police service.

Since its establishment in 1978, this was the first time that the PNP pulled out the entire training corps of the PNPA.

In recalling its personnel, the PNP cited a May 6, 2010, resolution of the National Police Commission, which stated that “the period of detail shall be a maximum of six months which may be renewed for another six (months) upon the request of the receiving office or agency… but in no case shall (it) exceed two years.”

Although he declined to discuss the real reason behind the recall of the police officers, Sindac admitted that the decision was due to “differences in principles” between the PPSC officials led by their president, Ruben Platon, and the PNPA command.

“This is about principles and standing up for the transformation and reforms that we are trying to institute in the PNP,” Sindac told reporters at Camp Crame.

“There was some points of contention (regarding the training program) of the PNPA cadets. But I cannot (divulge) the details,” he said.

“We just wanted to raise the quality of the graduates of PNPA. Is there something wrong with that?”

According to Sindac, Interior Secretary Mar Roxas had already been informed of the situation.

In a series of special orders, the PNP Directorate for Personnel and Records Management recalled the police personnel and assigned them temporarily to the Personnel Holding and Accounting Unit at Camp Crame.

Sindac said the PNP leadership had also decided to recall police personnel serving as tactical and training officers of the Police National Training Institute, an agency also under the PPSC.