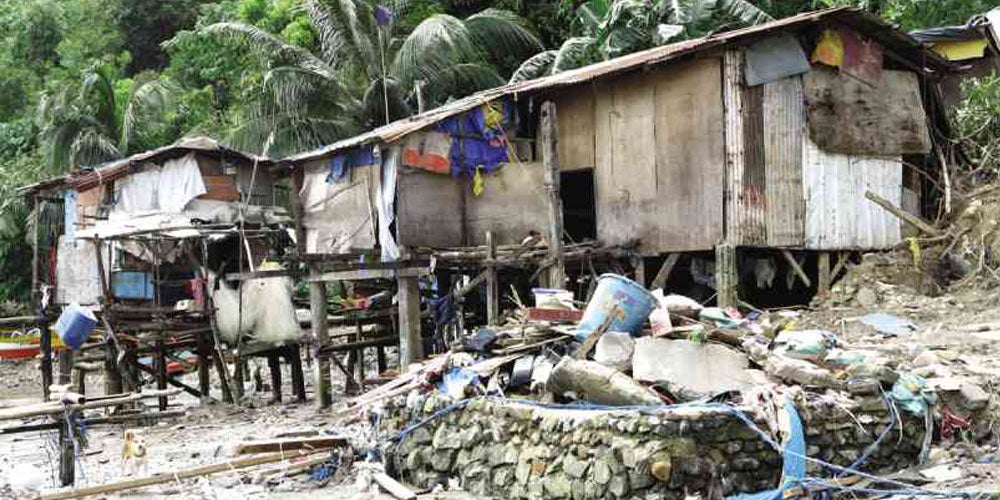 SOME of the smaller structures in this area in Subic town, Zambales province, have been rebuilt after a landslide on Sept. 23. Neighbors said former residents have returned, especially those who left their pets and belongings. Most of those affected, however, were so traumatized they vowed not to return. In the Subic covered court gym, surviving relatives have set up a camp of sorts while some have stayed in friends’ houses. ROBERT GONZAGA/INQUIRER NORTHERN LUZON

SUBIC, Zambales—In the aftermath of flooding and landslide deaths in Zambales province last week, tales of woe and despair are common in the town of Subic as residents try to pick up what remains of their shattered lives.

Residents of the landslide and flood-hit areas of Subic, Olongapo, San Marcelino and Castillejos said the dead may soon be buried, along with their grief, but the horror of the victims’ deaths would linger.

Lenita Guehelde, 52, who settled in this town in 2001, said a minor landslide hit her village last year. “No one was hurt and we [went on] with our lives,” she said.

On Sept. 23, possibly the worst Monday of the year for everyone in Olongapo City and Zambales, that changed when record flooding caused landslides not only in Subic but in the nearby towns of Castillejos and San Marcelino.

Geuhelde, who lived near the site where the landslide occurred in the border of Wawandue and Cawag villages, heard what seemed like a loud explosion as tons of soil cascaded down a hill, burying at least six houses.

Zambales recorded at least 30 deaths from landslides triggered by  heavy monsoon rain on Sept. 22 and 23.

A week after the tragedy, residents are appealing for help to leave what they called home for years.

Rolly Ejucadas, 32, who lost three sons to the landslides in Cawag and Wawandue, said: “I don’t want to go back to that place anymore. I hope [the local government] can find a place for us … I want to live where it is safe and my [remaining three] children can grow up.”

His sons—Ryan, 8; Rolly Jr., 4; and Ian James, 6—were buried on Sunday, just like their other neighbors who died in the landslide.

Geuhelde said six of her relatives died while they were trying to escape.

“People had started screaming when one house was hit. They were caught by the landslide on their way out of their house. Danilo (the father) was found later with arms wrapped around his youngest child. They died in an embrace,” she said.

Guehelde said the only survivor in the household was the pet dog named Viray, whom neighbors later renamed Odette after the typhoon that enhanced the southwest monsoon here.

Danilo Uykieng, Mines and Geosciences Bureau (MGB) regional director in Central Luzon, said the landslide areas had been declared permanent danger zones and were not suited for habitation.

Uykieng said the MGB needed to study further the landslide-hit areas and nearby communities to identify other danger zones. “The factors to be considered are the geologic character of the area, natural hazard, weather condition and human activity,” he said.

When the Inquirer visited the landslide site in Subic, many residents had put up makeshift houses in the vicinity, as they had no other places to go.

Zambales Vice Gov. Ramon Lacbain II said “the government would have to find a suitable relocation site for them. We hope the national government will also extend them assistance.”

Zambales Rep. Jeffrey Khonghun dismissed speculations of Subic residents that illegal logging was the primary cause of the landslides.

As for the landslide areas and other danger zones, Khonghun said: “All the MGB does is issue warnings. In this case, we saw their maps and the areas where the landslides happened were colored green, meaning the risk was moderate. It means people could live there or maybe they shouldn’t live there. You do so at your own risk.”

“If [the MGB] puts danger zones all over Subic and Olongapo, nobody will live there anymore,” he said.