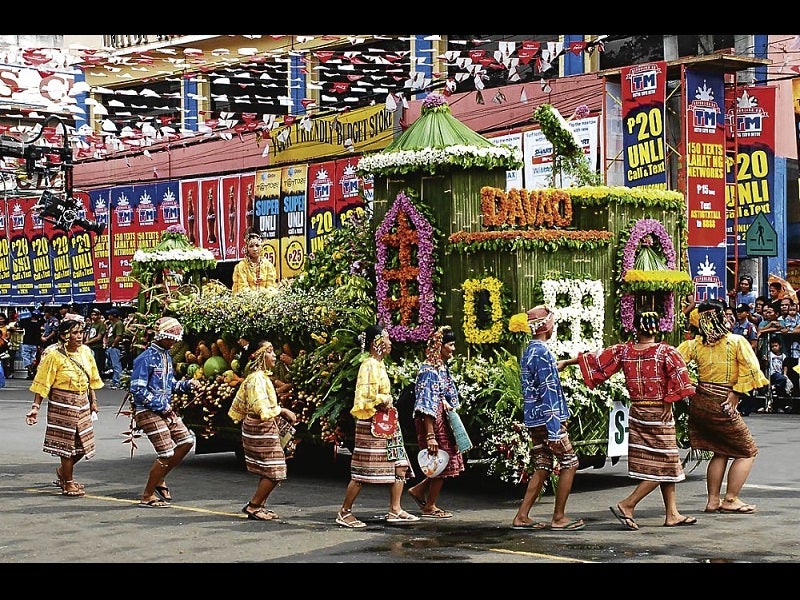 ONE OF the colorful floats featured in the Kadayawan Festiva lin Davao City. BING GONZALES

This was the statement of a senior official of the Mindanao Development Authority (Minda) as she expressed optimism the tourism figures in Mindanao would not suffer much in the aftermath of the crisis in Zamboanga City.

Milva Carina, senior economic development specialist of Minda based here, said “Mindanao is a big place and this fact should not prevent government agencies, the private sector and other tourism stakeholders from marketing and promoting its tourism.”

Minda remains optimistic that Mindanao can contribute significantly to the national government’s goal of attracting at least 4.5 million tourists since Zamboanga City is not the entire island.

“We are still hopeful that we will meet the target through the help and collaborative efforts of the government agencies and the private sector,” Carina said in a statement that Mindanao released on Monday.

She said the media could also help in pushing forward Mindanao tourism by writing “positive stories about how beautiful and friendly it is to tourists.”

“For every one negative story about Mindanao, let us have at least five or more positive stories so that our efforts of promoting it will not be put to waste,” Carina said.

Minda chair Luwalhati Antonino added the “successful resolution” of the Zamboanga crisis has ensured that the island-region’s economic gains and the progress on the peace process would not go down the drain.

“Whatever Mindanao earned in the recent years will not be lost because of this armed conflict,” Antonino said.

She added that despite the crisis, “hope still looms in the horizon for Mindanao, with the island cornering P80 billion of Board of Investment (BOI)-approved projects for the first half of this year, over 960 percent up from the P7.6 billion investments posted in the same period in 2012.”

“We cannot disregard the fact that the Zamboanga siege may have an impact on Mindanao’s economy, but this unfortunate incident should not stray our sight in pursuing our goals for inclusive growth within the island-region,” she said.

Antonino also said while the crisis might have taken a huge toll on Zamboanga Peninsula’s tourism industry, “the sector is still in the upswing in some of parts of Mindanao.”

“Mindanao’s private sector has shown full support in keeping the region’s tourism sector bullish, with last week’s launch of the ‘Destination Mindanaw,’ a tour package to the island’s top tourist attractions,” she said.