“Admittedly, the media exposé on the so-called pork barrel scam has bared a huge crack in our Priority Development Assistance Fund (PDAF) system. We are feeling the Filipino people’s indignation and wrath over the allegations of corruption in its implementation,” Drilon said in his speech before the Makati Business Club’s General Membership Meeting Monday. 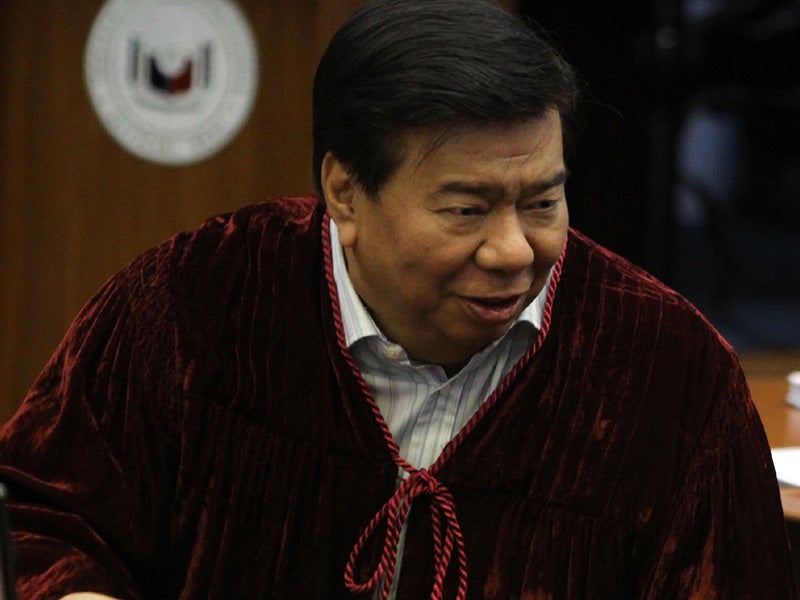 “Under my watch as Senate President, reforms will start with the immediate abolition of PDAF allocation for senators in the proposed 2014 national budget,” he said.

Lawmakers were found to have given large chunks of their PDAF to bogus non-government organization (NGOs) created by businesswoman Janet Lim-Napoles.

Whistle-blower Benhur Luy testified before a Senate Blue Ribbon Committee hearing that the lawmakers received millions of pesos in kickbacks from the ghost projects. Implementing agencies and Napoles also got their share.

“While an actual vote has yet to be officially taken, a majority of our senators, myself included, have publicly declared that we will do away with our PDAF allocations in 2014 in response to the people cry for change,” Drilon said.

“There is no turning back as far as the pork barrel system is concerned. We have to institute these reforms in order to regain our people’s trust and conference,” he said.

The Commission on Audit (COA) previously published their special audit report detailing the way lawmakers spent their PDAF from 2007 to 2009. Among those whose PDAF went to Napoles’ bogus NGOs were senators Juan Ponce Enrile, Jinggoy Estrada and Ramon Revilla Jr.

Drilon said that he has ordered his office to publish his PDAF availments from 2010 onwards and said that he had not received any PDAF from 2005 to 2007 under the administration of Gloria Macapagal-Arroyo.

“We senators and congressmen have been put in an extremely negative light nowadays because of the alleged wrongdoings of a few legislators who will soon have to face the bar of justice for the misuse of the PDAF funds,” Drilon said.

“This so-called pork barrel scandal has ushered in a cleansing process for Congress. We will overcome this crisis. We have no choice: our democratic institutions are at stake, and must work at all times,” he said.