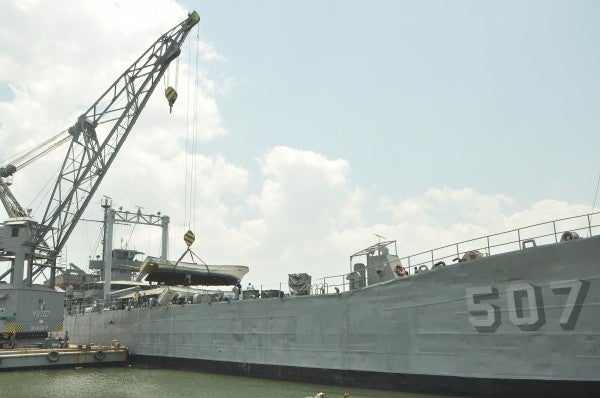 MANILA, Philippines – The Philippine Navy is conducting relief and rehabilitation mission to help at least a hundred thousand of evacuees affected by the three-week fighting between government forces and Moro National Liberation Front gunmen in Zamboanga City.

The BRP Benguet, a landing ship tank, will start loading relief goods and construction materials for the strife-torn city starting Tuesday at Commo Rudiardo A Brown Beaching Area at the Naval Base in Cavite, the Naval Base Heracleo Alano in Cavite City, Navy spokesman Lieutenant Commander Gregory Fabic said.

The fighting in Zamboanga City displaced at least 100,000 persons. Some 10,000 houses were also destroyed and burned due to fire incidents and gunfire. Over 200 had been killed because of the fighting.

The Navy through the Civil Military Operations Group will accept the relief goods for the displaced persons. The ship will depart as soon as the loading of relief goods and construction materials are completed.

Only recently, the ship finished a mission to deliver relief goods for the affected residents of Batanes because of typhoon Odette (international name Usagi).