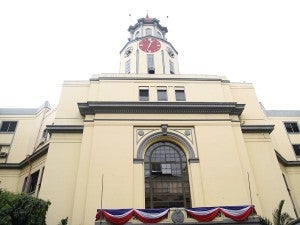 In a bid to prevent corruption, increase revenue collections and promote efficiency and transparency, the Manila City government will implement a three-year integrated computerized system at city hall.

The city council on Thursday adopted a resolution authorizing Mayor Joseph Estrada to enter into a contract with a reputable information technology firm for the project. Several companies were said to have already submitted their proposals.

Councilor Marlon Lacson, the majority floor leader, said the computerization of all city hall records would prevent deals or bargains from being made during the payment of taxes, something that was quite common under the old system.

“In the past years, because [data] was entered manually, tax collection [became] discretionary. Under the new system, there will be a control number and a fixed amount,” he added.