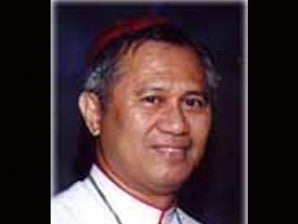 MANILA, Philippines – Cebu Archbishop Jose Palma has urged the Catholic faithful in his archdiocese to support another mass gathering on Sunday afternoon to call for the abolition of the pork barrel system.

In a statement posted on the Web site of the Catholic Bishops Conference of the Philippines, Palma said the Catholic faithful should take part in the rally to support the call for transparency and accountability in the manner administration officials and legislators spend taxpayers’ money and other resources.

He said the Catholic faithful should “fulfill their Christian duty to transform society and restore all things in Christ.”

The Cebu Coalition against Pork Barrel System, a group that calls for the abolition of lump-sum appropriations in government finances, is organizing the march and rally.

“The call is for everyone to be concerned, to be discerning, to be involved,” Palma added.

He also encouraged priests to concelebrate the Mass and for schools, lay organizations, and religious groups to send delegates to the gathering.

Palma said he would not be able to attend the rally because of a prior commitment but assured the public he supported the movement and its cause.

The prelate stressed the need for participants to pray for the resolution of the controversy, urging them not only to protest and express their disgust over the misuse of the people’s money but to also seek divine intervention in their quest for truth and justice.

“We are also praying to be able to discern, study, learn, and even recommend solutions that would respond to the questions often asked when the pork barrel is scrapped off,” he said.

Aside from expressing opposition to the pork barrel scheme, the statement also calls for transparency and accountability through calling for the immediate resignation and punishment of government officials and other personalities involved in the multi-billion pork barrel scam.