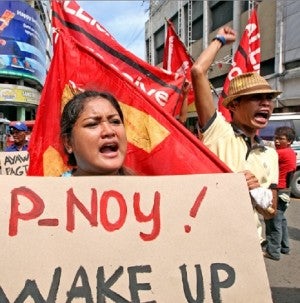 CEBU CITY – Thousands of people from academic, religious, business and civil society groups are expected to converge on the Fuente Osmeña rotunda here on Sunday to demand  not just the abolition of the congressional pork barrel but also the resignation of those involved in its misuse.

Monsignor Rommel Kintanar of the Archdiocesan Discernment Group of Cebu, co-organizer of the Cebu Coalition Against Pork Barrel System, said the group would gather at Fuente Osmeña about 1:30 p.m. before marching down to Plaza Independencia in downtown Cebu City.

One of the highlights of the event would be the reading and signing of the Unity Statement at Plaza Independencia where they would call for the immediate resignation of those who were charged in the pork barrel scam allegedly masterminded by Janet Lim Napoles. Among them were Senators Jose “Jinggoy” Estrada, Juan Ponce Enrile and Ramon Revilla Jr.

He said these people must leave their posts because they were in a position to intimidate the witnesses.

Other demands the statement would make include the abolition of the pork barrel system, the prosecution of those involved in the theft of taxpayers’ money,  recovery of the money, and transparency in implementation of government programs and projects.

Copies of the Unity Statement were distributed to  different churches, organizations and schools. People would be given a chance to sign the statement during Sunday’s rally, after which copies of the signed statement would be sent to Malacanang, the Senate and the House of Representatives.

In a statement, the Cebu Coalition Against Pork Barrel System said officials of the University of Cebu, Cebu Doctors University, University of San Carlos, University of the Visayas, St. Theresa’s College and other Catholic institutions were urging their students and faculty to join the rally.

The mass action at Plaza Independencia would kick off with a Mass at 3 p.m. to be followed by a program during which representatives of the different sectors and religious organizations and would speak.

A video message from Cebu Archbishop Jose Palma, who cannot attend the rally because of a prior engagement, would also be shown. Palma had earlier encouraged priests and members of lay organizations to join the mass demonstration.

Politicians could join the rally but they would not be allowed to speak lest the event be politicized.

The rally is expected to end at 6 p.m. with the singing of the song “Bayan Ko” and the lighting of the candles.