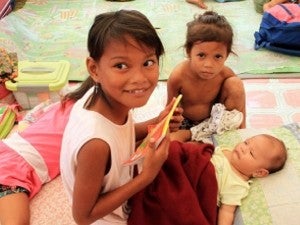 MANILA, Philippines — Classes resumed in 149 schools in Zamboanga City on Wednesday after over two weeks of fighting between government troops and Moro gunmen.

It also posted a photo of pupils at Sta. Maria Elementary School.

The Zamboanga City government said in its Twitter account on Tuesday that classes ould resume in the city except in “areas of concern”.

At least a hundred had been killed from the gunbattle between the troops and elements of the Moro National Liberation Front.

Schools out for 3 months in Zamboanga City