Fatalities in Pampanga slays rise to 7 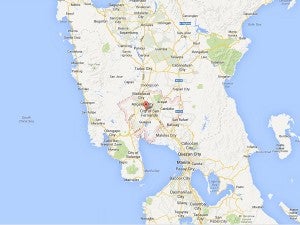 CITY OF SAN FERNANDO, Philippines–The number of deaths in Friday’s multiple murders at a home north of here rose to seven when the head the household died in hospital on Monday, according to the police.

Edejer, a bangus (milkfish) trader, sustained a gunshot wound in the head during the killings that claimed the life of his wife Corazon, son Kenneth, nephew Nelson Dominico, housemaids Teresita Lansangan and Kaykay, and Benigno Villanueva.

The six were found dead in separate areas in the two houses within their compound at No. 19 Molave Street, L&S Subdivision.

They were all shot in the head in the attack that investigators estimated happened between 4 a.m. and 6 p.m. Friday.

The police have been tracking the main suspect, whose name has not been released.

No case for robbery with homicide has yet been filed.

Edejer’s nine 9-year-old son was spared. He arrived from school at around 5 p.m. and with the help of two friends, climbed the fence to gain entry into the compound and saw the victims sprawled in pools of blood.

A relative of Edejer later took custody of the boy.