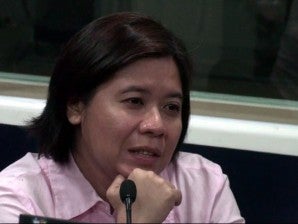 MANILA, Philippines — The Commission on Elections (Comelec) is set to discuss security measures for the Oct. 28 barangay (village) balloting with the military and police on Monday, five days before the start of the election period.

Comelec Commissioner Grace Padaca said the en banc would ask the Philippine National Police (PNP) and the Armed Forces of the Philippines (AFP) to give them an overview of the security situation in the 42,028 villages in the country for the upcoming elections next month.

“During the command conference, we will be asking the PNP and AFP on their reports on the presence of private armed groups and where the intense political rivalries are,” Padaca told reporters in an interview.

Comelec Chair Sixto Brillantes Jr. earlier stated that the election body would anticipate the forthcoming barangay elections to be more intense and personal than the recent national elections.

Padaca also disclosed that they would determine during the command conference whether or not the barangay elections should push through in Zamboanga City following the fighting between government troops and Moro rebels that drove thousands of families out of their homes.

The Comelec has floated the possibility of deferring the elections since many registered voters have been displaced by the standoff. The election body also received reports that some voting centers have been burned down.

“We will use that [conference] to gather information and for us to be able to decide whether to postpone the elections there or not,” said Padaca.

There are about 98 barangays in Zamboanga City, of which five had been occupied by the Moro National Liberation Front fighters.