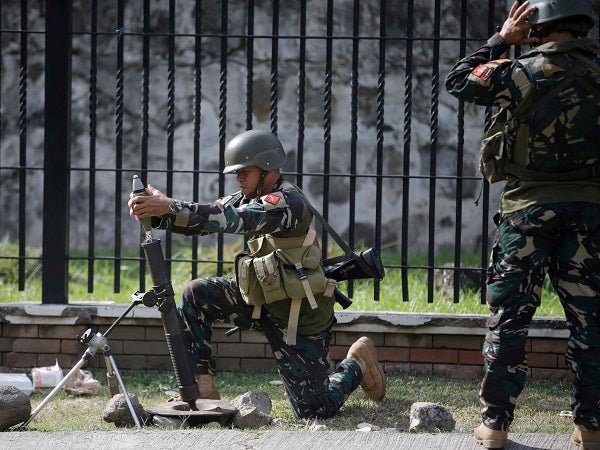 Military spokesman Brig. Gen. Domingo Tutaan said the officer was killed in Sta. Barbara. He was the first military officer to die in the 11 days of fighting between government forces and Moro National Liberation Front fighters.

The officer is a member of Philippine Military Academy Class of 2008. He was an assaulter platoon leader of 1st Light Reaction Company of the Special Operations Command. He was married with one child.

Light Reaction units are trained by US personnel and specialize in reconnaissance and counterterrorism.

Three other soldiers were wounded in Thursday’s firefight.

There are now 12 fatalities from the military side because of the two-week gunbattle. Early Thursday, 15 MNLF forces yielded to local authorities.

At least a hundred have been killed from the fighting between government troops and MNLF forces that broke out since Sept. 9.  Eighty-eight of these are from MNLF.

Before noon Thursday, two MNLF forces were killed in fresh clashes in Sta. Barbara. Two fire incidents were recorded in the villages of Sta. Barbara and Rio Hondo.

Displaced persons reached almost 120,000 persons as of Thursday. A percentage of these will not have homes to come back to, as several fire incidents and gunbattle burned and destroyed hundreds of homes.

Tutaan said the MNLF forces were still holding some 20 hostages as human shields.

“We are going on house-to-house or building-to-building operations to clear the areas, so that takes time, in addressing the armed men,” he said, adding they were engaging with about 70 rebels.

“They are continuously constricted as I have been saying in the area that they are. They are now splintered into groups I would say,” Tutaan said.

He also said they were constricted in the villages of Sta. Barbara and Sta. Catalina, which was about up to three hectares.