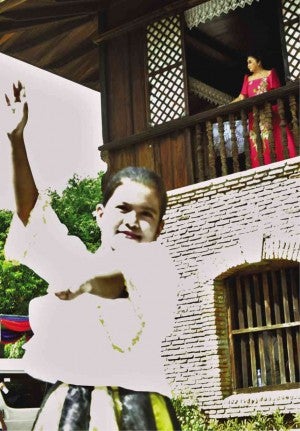 THE MARCOS family ancestral house in Sarrat town is among the heritage sites in Ilocos Norte. EV ESPIRITU

The number of the staunchest followers of the late President Ferdinand Marcos, whose birthday is celebrated every Sept. 11 in Ilocos Norte province, has been dwindling through the years.

On Marcos’ 96th birthday last week, the turnout of members of the Friends of Imelda Romualdez Marcos (FIRM) in their familiar red shirts reached only about a thousand, fewer than those who trooped to the province in previous years.

The Marcos family and Ilocos Norte residents, however, continue to honor the man who put the province on the Philippine political map.

Gov. Imee Marcos, the late president’s eldest daughter, led family and friends in opening the newly refurbished two-story stonehouse where Marcos was born, one of many Marcos family activities dedicated to the patriarch’s memory.

Her aunt, Fortuna Barba, the youngest sister of Marcos, also attended the event.

Janito Lasotan, 64, a fisherman from Leyte province, was among 300 FIRM barangay coordinators who traveled by bus to Ilocos Norte to join the Marcos family celebrations. “I will forever be grateful to him (Marcos) because of his projects, such as the fishing livelihood which has nurtured my family over the years,” he said.

Lasotan’s group gathered around the Marcos ancestral house in Batac City, which is being showcased as part of the eastern Marcos Trail—part of an undertaking of the provincial tourism office to popularize more heritage sites as tourist destinations.

The biggest tourist draw has been the late president himself, whose remains have been preserved in a refrigerated crypt in the family compound in Batac since 1993. Marcos died in exile in Hawaii in 1989, but his family is still awaiting Malacañang’s permission to bury the strongman at the Libingan ng mga Bayani in Metro Manila.

Governor Marcos has also launched the Sarrat Heritage Walk, a trail that visitors may follow to discover her father’s old home, the various spots that represent his childhood, the Sta. Monica Church, the Diocesan Museum and the Sarrat Central School, where he spent his early schooling.

Marcos’ old classroom now serves as an art museum, which displays his class picture and photographs of national heroes.

The weeklong Marcos birthday celebrations began on Sept. 8 with the President Marcos Cup, a shooting competition, at the Plaza del Norte in the capital city of Laoag, and a job fair at the Imelda Cultural Center in Batac.

A free concert, titled “I Love Macoy,” featured bands from Metro Manila and Ilocos Norte, as well as a flash mob that became a regular feature when Governor Marcos took office.

The provincial government also scheduled a tree planting activity at the typhoon-stricken village of Suyo in Dingras town.

At the Centennial Arena’s Sirib Mile, a Macoy literary and art contest was held, consisting of a quiz show, a poster making contest and a creative talk show on the life of Marcos.

An annual “Imelda and Macoy” sing-alike contest was also staged.