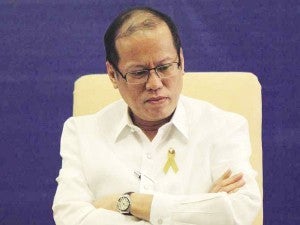 MANILA, Philippines—President Bengino Aquino III himself has raised on Tuesday the reward offer to P2 million for informants who could lead authorities to the killers of advertising manager Kristelle “Kae” Davantes.

In a press briefing, Presidential spokesman Edwin Lacierda confirmed the increase in the bounty, which was previously at P500,000 as set by the Philippine National Police (PNP) on Monday.

Philippine Daily Inquirer reported on Sunday that the car showed signs of an attempt to burn it from inside.

There were several pieces of clothing, conclusively not owned by Davantes. The clothes, which were left soaked in diesel, included infant and children’s clothing, ladies’ shorts and undergarments, and an “El Shaddai” handkerchief.

The investigators have yet to merge the clues which were gathered since the slaying of Davantes.

“It’s not a question of disappointment. I suppose it’s a question of inducing people to help identify the killers or the perpetrators of this heinous crime,” Lacierda said.

He clarified the raise was not out of the President’s disappointment by the pace of the police investigation.

On September 7, a resident from Silang in Cavite province found Davantes’ body, gagged with a handkerchief and hands tied with a car’s seatbelt, under a 20-foot-high bridge.

She was discovered five hours after she left her Bonifacio Global Center office in Taguig City.

Davantes was a senior account manager for the Manila branch of the MRM digital marketing agency under McCann Worldgroup Philippines.

Still no suspects in Davantes’ slay