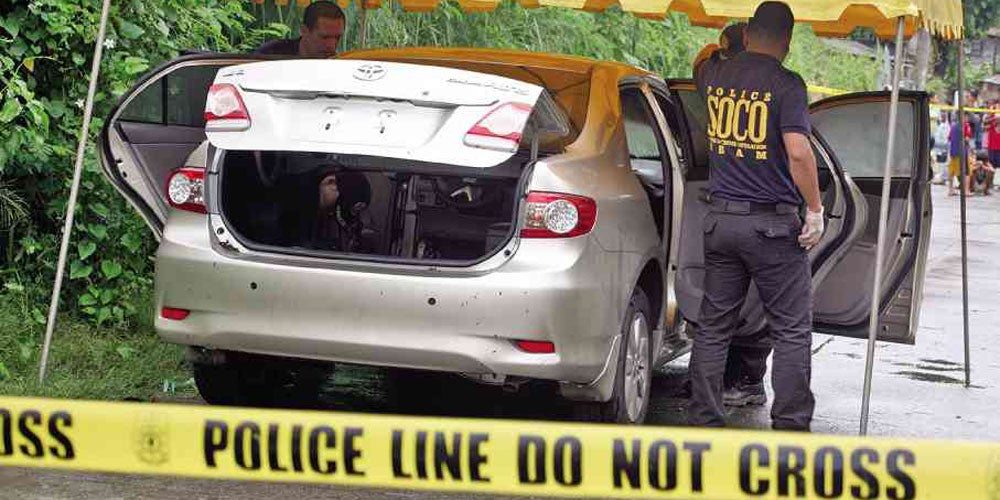 SAVED FROM THE FLAMES But can this abandoned Toyota Altis provide enough clues leading to its owner’s killers? KIMBERLY DELA CRUZ

It was as if it wanted to be found.

The car of slain advertising manager Kristelle “Kae” Davantes was recovered in a Las Piñas City subdivision around midnight Saturday, showing signs that whoever abandoned it had tried to set it on fire.

Thick smoke and a blaring alarm system roused the neighborhood and led authorities to the Toyota Altis that Davantes was last seen driving hours before she was found dead under a bridge in Silang, Cavite province, last week.

The metallic beige sedan was found at the dead end of Nickel Street inside Camella Homes, Barangay Pamplona 3. It reeked of diesel, with all the upholstered seats gone and the dashboard deformed by heat.

The discovery was made a few hours before Davantes’ interment at Manila Memorial Park on Sunday and as the police offered a P200,000 reward for information that could lead to the arrest of the perpetrators. 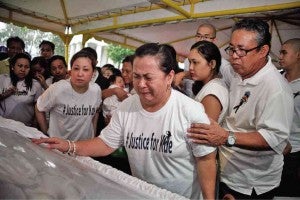 No less than President Aquino had ordered the NCRPO high command to solve the murder, leading to the creation of a special task group made up of different police units.

Davantes was a 24-year-old senior account manager for the Manila branch of MRM digital marketing agency under McCann Worldgroup Philippines. She was last seen driving her Altis (PIM 966) from a parking lot at Bonifacio Global City around 1 a.m. on Sept. 7.

She was found dead five hours later in Cavite, her mouth gagged with a handkerchief and hands bound with a car seatbelt strap. Authorities said she was strangled with wire and stabbed five times in the neck.

Around midnight Saturday, three watchmen in Barangay Pamplona 3 received reports from residents about a car sending up smoke and setting off an alarm that disturbed their neighborhood.

Village watchman Charley Cagay said the doors were all locked but the front hood was not, enabling him to remove the engine battery and prevent sparks that could trigger an explosion.

The car’s interior showed signs that a small fire had started, melting parts of the dashboard, before going out possibly due to lack of oxygen, Cagay noted.

The roof and other surfaces also appeared to have been doused with diesel. Also found inside the car were two empty bottles and pieces of children’s clothes that had been soaked in diesel.

“The person who could be behind the killing obviously tried to set the car on fire to get rid of the evidence,” said Chief Supt. Christopher Laxa, NCRPO deputy chief for operations and head of Task Force Davantes.

Residents noticed the car parked on Nickel Street as early as 9 a.m. Saturday.

The police were set to check on Sunday if security camera footage at the gates of Camella Homes could help establish who brought the vehicle inside the subdivision.