Woman ahead of her time, the original multimedia star chef 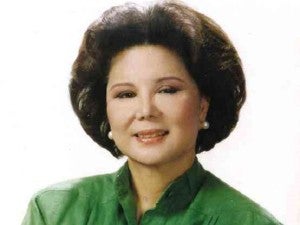 Her long-running cooking show, “Cooking It Up With Nora,” predated the arrival of the slicker, more dynamic culinary shows on cable today, but the late Nora Villanueva Daza was a trendsetter nonetheless.

Her recipe books are certified bestsellers, and her two iconic restaurants —Au Bon Vivant, which served French food in Manila, and Aux Iles Philippines, which brought Filipino food to Paris—were well ahead of their time.

It was her last book, however, “Festive Dishes: Nora V. Daza with Family and Friends” (Anvil, 2011), that gave readers a glimpse of her personal life and culinary career. In it, she wrote about the clans she belonged to, the Villanuevas and Guanzons, her own Daza family, and shared the treasured recipes of aunts, cousins, in-laws, nieces and children. 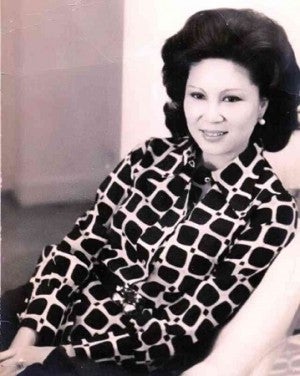 And then there were the chefs, past and future, names you may have just read about or whose cooking you might have had the good fortune of tasting.

In 1974, she invited two of the best French chefs then, Paul Bocuse and Gaston Le Notre, to Au Bon Vivant in Makati City; the photo of her with them is just one of her priceless mementos. 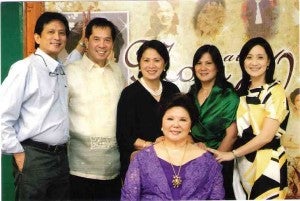 Daza was a multimedia star even before the word was invented. Aside from her popular TV cooking show, “At Home With Nora” was a popular radio program, and she wrote a food column for the Manila Chronicle. Later, she also wrote a column for the Philippine Daily Inquirer.

Culinary schools may have mushroomed in the past few years, but she was at the helm of the first one, the Manila Gas Cooking School in Manila. She dedicated her last book to Victor A. Lim, who gave her a free hand to run the school and said most of the recipes taught there could be found in “Let’s Cook With Nora,” her first book. 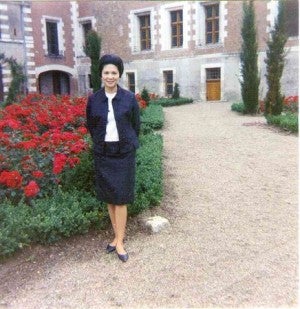 NORA Daza at the start of her culinary career

That book was first published in 1969, but has been reprinted several times by National Book Store. It continues to sell. This was followed by “Galing Galing,” written with her daughter, Mariles, and “A Culinary Life and Festive Dishes: Nora V. Daza with Family and Friends.”

She asked me to edit the last two books—which really meant prodding her to finish, asking her for more information, wading through documents, recipes and photographs.

It was, for both of us, a way of connecting godmother and goddaughter, both enthused over the same subject matter, learning from each other’s experiences. 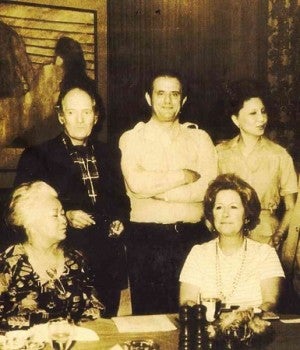 It was her restaurants, however, that could be called her concrete accomplishments.

At the time when French cooking could only be had in first-class hotels, Daza opened the first Au Bon Vivant in Ermita in 1965. And when Filipino food was hardly known abroad, she put up Aux Iles Philippines in Paris in 1970, introducing our cuisine to the French, who readily took to her menu, relishing dishes such as kuhol Bicol, our version of the escargot, and gambas a la Pampanga. Its talangka sauce for the prawns was mopped up by diners with their baguette slices. 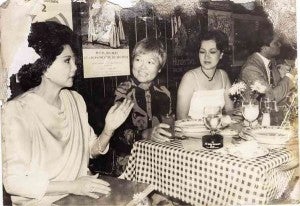 She also opened Galing Galing in Manila because, she wrote, “none of the restaurants did kare-kare well, so I thought the best way was to do it myself and turn it into a business.”

She also opened Mai Thai when diners were just starting to be aware of Thai cooking.

The restaurants are no longer around, but their recipes live on in her books. And that’s why Nora Daza will also live on in our memory, especially in the food we eat.

Daza died in her sleep in her home in Quezon City on Friday morning, Sept. 13. She is survived by her children Sandy, Nina, Bong, Mariles and Stella, and her many grandchildren.