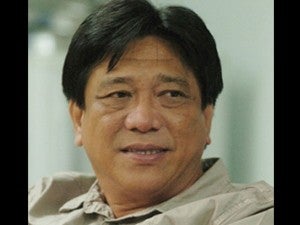 Alcala told reporters in the Senate that the Department of Agriculture would file charges of economic sabotage against the “misguided souls’’ upon the gathering of sufficient evidence against them.

Alcala said there was a “concerted effort’’ possibly by rice smugglers, hurt by the government tight control on the importation of rice, to create an artificial rice shortage in the capital.

Proof of this was the circulation of text messages about the free distribution of rice at the National Food Authority outlets in Quezon City and Manila that drew hordes of people to these outlets, Alcala said.

In another instance, residents of Caloocan City were paid money just to line up at the NFA outlets, he said.

“We can no longer shrug this off. We will run after them. I’m not sure if this constitutes economic sabotage,’’ Alcala said. He said the DA’s legal team was gathering sufficient evidence to indict the culprits.

Alcala did not rule out rice smugglers were involved in the scheme, claiming they were the ones hurt by the NFA’s tighter screening on the importation of rice. He maintained that there was no rice shortage in the capital.

“In all our 28 warehouses operated by the NFA in Metro Manila, we assure you there is no rice shortage,’’ he said.

At the Senate hearing on the DA’s P80-billion 2014 budget, NFA Administrator Orlan Calayag said the government’s buffer stock, as of Monday, was at 638,000 metric tons of rice, equivalent to 42 days of buffer stock, for the entire country.

If the private sector’s inventory is included, the buffer stock stands at 1.7 million metric tons, or 51 days, according to Calayag.

“We don’t see any shortage in terms of production,’’ he told the Senate finance committee in response to questions by committee chair, Sen. Francis Escudero.

On the sudden increase of rice prices, Calayag explained that some rice traders saw a “small window’’ to hike the prices ahead of the harvest of palay.

“After harvest, prices will be lower so they sell their inventory of rice at a higher price,’’ he said. NFA has deployed a team of watchers to public markets “to see to it there’s no switching of NFA rice.’’

He said over 200 cases have been filed against rice traders for resorting to such practices.