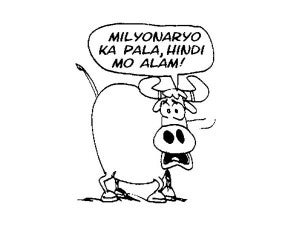 KIDAPAWAN CITY—A municipal worker in North Cotabato province who earns P300 a day as a grass cutter got the surprise of his life when told he was an incorporator of a nongovernment organization (NGO) linked to Janet Lim-Napoles.

Efren Sidemo, who finished only high school and has been a municipal utility worker in Magpet town for 18 years, learned he was an incorporator of Saganang Buhay sa Atin Foundation, one of the supposedly bogus NGOs linked to the controversial businesswoman.

Sidemo and three other people were summoned to appear at the National Bureau of Investigation on Sept. 9 in connection with his alleged involvement in the squandering of the lawmakers’ Priority Development Assistance Fund (PDAF), and other scams.

“I am puzzled, I don’t know anything about it,” Sidemo told the Inquirer in an interview on Thursday.

Sidemo, Lolito Abarquez, who is also from Magpet town, and two others had been summoned by NBI Director Nonnatus Rojas.

Sidemo sought the help of Magpet Vice Mayor Efren Piñol, who confirmed that the man was an ordinary utility worker. Piñol accompanied Sidemo to the NBI regional office in Davao City.

According to Sidemo, he does not personally know Napoles.

“What I know of is that my sister-in-law, Lilian Español, was one of the employees of Napoles,” Sidemo said.

“I will tell all I know about my sister-in-law,” Sidemo said in Filipino, adding: “I should be rich by now if it were true I am an incorporator of Saganang Buhay sa Atin Foundation.”

“She told us that she was the caretaker of the mother of Ma’am Janet,” Sidemo said, adding he was surprised Español had been living a lavish lifestyle.

“It was like a fiesta in our barangay every time Español visited Magpet. We would have lechon and enough food,” Sidemo said.

He said the last time his sister-in-law visited Magpet was sometime in July.  She normally stayed for a week in town.

Sidemo said Español bought several pieces of real estate property in Magpet during the past two years that she had been working in Manila. He did not identify the properties.

“It’s easy to pawn land with her,” Sidemo said.

Now detained at a national police training camp in Rizal province, Napoles is alleged to be the mastermind of a P10-billion scam involving misuse of the pork barrel fund of senators and congressmen.